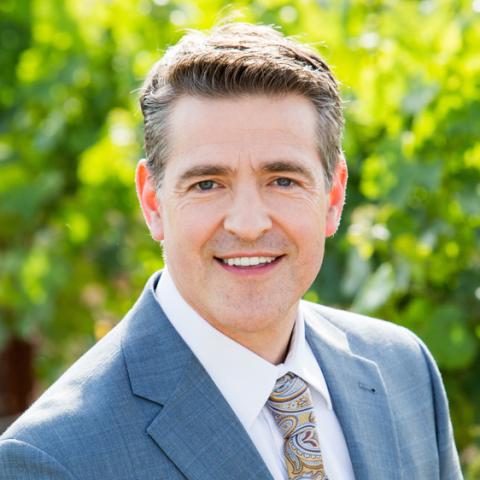 Anthony was born and raised in the San Francisco Bay Area, served a mission to southern Argentina, received a degree in Spanish Translation from Brigham Young University, then graduated from BYU’s J. Reuben Clark Law School.

While at BYU, Anthony also attended the MBA program, trained teachers at the Missionary Training Center, worked at the Church Archives organizing and transcribing the Newell Knight journals, and taught seminary at Springville Junior High.

Hired by the LDS Church Education System in 2000, Anthony moved back to the Bay Area where he taught Institute at several colleges and universities, including Touro Medical School, UOP and UCSF Dental Schools, Stanford, and now U.C. Berkeley. Additionally, in 2004, he opened Celaya Law—an estate planning law firm specializing in wealth preservation and elder law in the Napa Valley.

Having spent much of his adult life teaching latter-day saint youth and young single adults in the San Francisco Bay Area—answering their questions, clarifying LDS doctrine and history, and helping them stand strong in the faith—Anthony has long been struck by the enormous gap between the myriad LDS scholarly resources that exist yet the scant resources that are actually accessed by the vast majority of Saints. Even with the internet, where one can access almost everything latter-day prophets have said and at least some of what faithful latter-day saint scholars have written, finding accurate and faith-promoting answers to complicated scriptural, doctrinal, and historical questions can be extremely difficult.

Anthony has also been struck by how many faithful Latter-day Saints find their scripture study somewhat tedious and even insipid. Many wish their study could be more engaging, more worshipful, and more delightful, but are uncertain how to make it so. His passion and pursuit for the last several years has been to find a way to take the abundant scholarly resources, including the array of powerful media, assimilate it all into a palatable, accessible format, and then put it into the hands of every latter-day saint, worldwide. He is now working closely with Book of Mormon Central, primarily on their "Interactive Text" project.

Anthony and his wife Elizabeth have six children, the oldest currently serving a mission in San Juan, Puerto Rico.