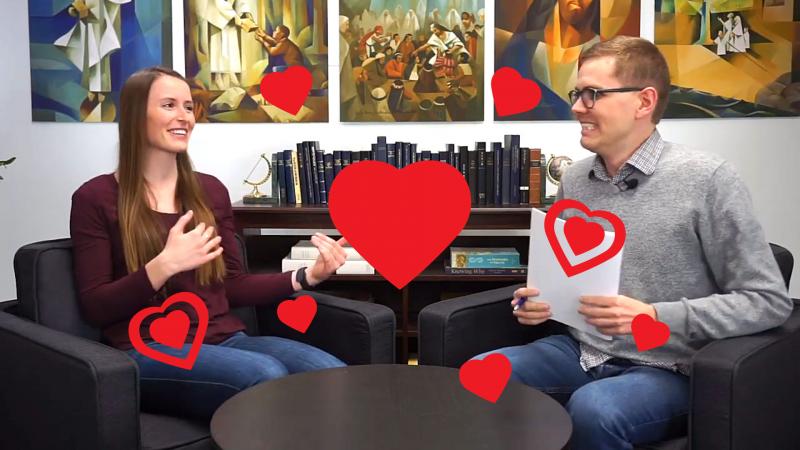 Do you love the Book of Mormon? Do you have someone special in your life? Maybe for Valentine’s Day you should try using a Book of Mormon pickup line on someone you love!

If you enjoyed this video, dive into the Book of Mormon and read it for yourself! It's full of ancient names and unusual scenarios that make for great word-plays and silly comparisons to real life! Yet, far more important than any comedic value that can be derived from its pages, the Book of Mormon has enriching stories and true doctrines that will bring readers closer to Jesus Christ.

As the book of Ecclesiastes says, there is “a time to weep, and a time to laugh” (Ecclesiastes 3:4). For more laughs, check out this list of our favorite, cheesy, silly Book of Mormon pickup lines below.

Book of Mormon pickup lines from the video

Hey girl, are you the land Bountiful? Because you look like my honey.

And we did come to the land which we called Bountiful, because of its much fruit and also wild honey; and all these things were prepared of the Lord that we might not perish.
1 Nephi 17:5

I think we would make goodly parents.

I, Nephi, having been born of goodly parents, therefore I was taught somewhat in all the learning of my father...therefore I make a record of my proceedings in my days.
1 Nephi 1:1

Are you a Gadianton robber? Because you unlocked the secret combination to my heart.

And now behold, those murders and plunderers were a band who had been formed by Kishkumen and Gadianton… And they were called Gadianton’s robbers and murderers.
Helaman 6:18

Like Laman and Lemuel, my heart murmurs for you.

And it came to pass that Laman and Lemuel and the sons of Ishmael did begin to murmur exceedingly, because of their sufferings and afflictions in the wilderness
1 Nephi 16:20

Are you the Isaiah chapters in 2 Nephi? Because I’m stuck on you.

And now I, Nephi, write more of the words of Isaiah, for my soul delighteth in his words.
2 Nephi 11:2

A-bin-a-di-ing to meet you my whole life!

And it came to pass that there was a man among them whose name was Abinadi; and he went forth among them, and began to prophesy.
Mosiah 11:20

You must be the Liahona, because your workmanship is exceedingly fine.

And it came to pass that as my father arose in the morning, and went forth to the tent door, to his great astonishment he beheld upon the ground a round ball of curious workmanship; and it was of fine brass.
1 Nephi 16:10

Hey girl, you could Hel-a-man with your love.

And now it came to pass that Helaman did march at the head of his two thousand stripling soldiers, to the support of the people in the borders of the land on the south by the west sea.
Alma 53:22

Are you the iron rod? Cause I want to hold onto you for the rest of eternity.

And it came to pass that I beheld others pressing forward, and they came forth and caught hold of the end of the rod of iron; and they did press forward through the mist of darkness, clinging to the rod of iron, even until they did come forth and partake of the tree.
1 Nephi 8:24

Is your name Ammon? Because I find you disarming.

But behold, every man that lifted his club to smite Ammon, he smote off their arms with his sword; for he did withstand their blows by smiting their arms with the edge of his sword.
Alma 17:37

The tree of life called. It wants its sweetness back.

And it came to pass that I did go forth and partake of the fruit thereof; and I beheld that it was most sweet, above all that I ever before tasted.
1 Nephi 8:10–11

Like the man hunting King Noah, I was Gide-on the day I met you.

And now there was a man among them whose name was Gideon, and he being a strong man and an enemy to the king, therefore he drew his sword, and swore in his wrath that he would slay the king.
Mosiah 19:4

You must be Teancum, because you’ve pierced my heart.

And it came to pass that Teancum in his anger did go forth into the camp of the Lamanites...And he went forth with a cord, from place to place, insomuch that he did find the king; and he did cast a javelin at him, which did pierce him near the heart.
Alma 62:36

It's better to be smitten by you than by a rod.

And it came to pass that Laman was angry with me, and also with my father…wherefore Laman and Lemuel did speak many hard words unto us, their younger brothers, and they did smite us even with a rod.
1 Nephi 3:28

You must be one of the Jaredite stones, because you light up my life.

Touch these stones, O Lord, with thy finger, and prepare them that they may shine forth in darkness; and they shall shine forth unto us in the vessels which we have prepared, that we may have light while we shall cross the sea.
Ether 3:4

Even if I swiped through 2,000 stripling warriors on Mutual, I would still choose you.

And now it came to pass that Helaman did march at the head of his two thousand stripling soldiers, to the support of the people in the borders of the land on the south by the west sea.
Alma 53:22

And when he had spoken unto them, he turned himself unto the three, and said unto them…ye shall never endure the pains of death; but when I shall come in my glory ye shall be changed in the twinkling of an eye from mortality to immortality
3 Nephi 28:4–8

And it came to pass that I did deliver the plates unto my brother Chemish.
Omni 1:8

A-bin-a-dom for not realizing how beautiful you are.

Not even the Tower of Babel could confound the language of our love.

Are you Zarahemla in the thirty and fourth year? Because you’re on fire.

Behold, that great city Zarahemla have I burned with fire, and the inhabitants thereof.
3 Nephi 9:3

Some more articles on love

What Does It Really Mean to Have Charity?
KnoWhy #361 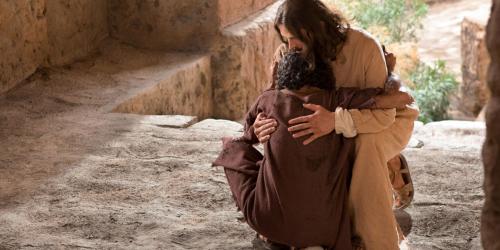 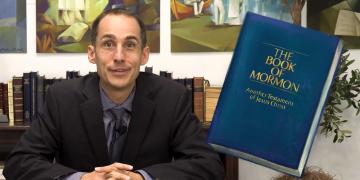 New Video Explains the Book of Mormon in 5 Minutes
September 21, 2021 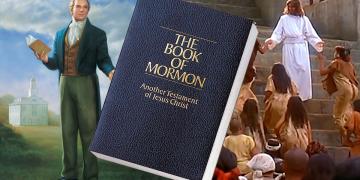 WATCH: Invite a Friend to Learn about the Book of Mormon!
February 6, 2019 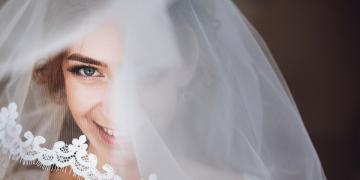 This Book of Mormon scripture changed the way I view veils, women, and the temple
January 4, 2019 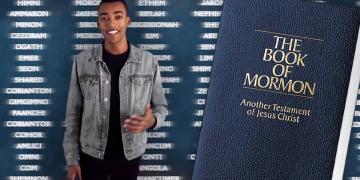