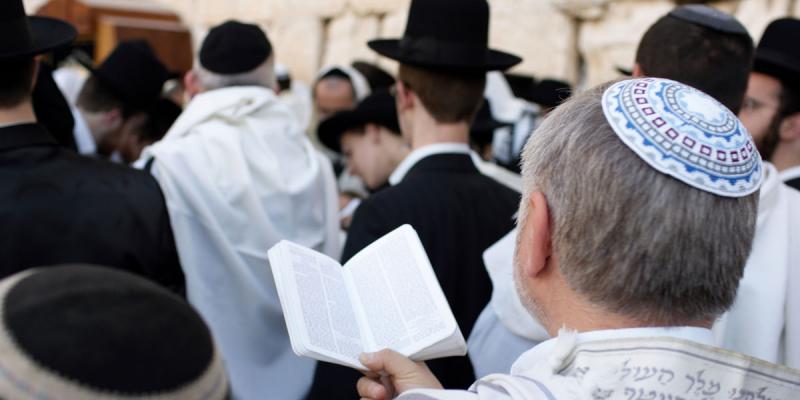 In several instances, Nephi described himself and his people as Jews. Some have thought that the term Jew is out of place in the Book of Mormon, based on the assumption that it was only used after the Jewish exile which ended around 537 B.C.—long after Lehi’s family left Jerusalem. Others have wondered why Nephi used to the term Jew to refer to his own people, since he was actually a descendant of Joseph and not Judah (1 Nephi 6:2).1 How, then, could Nephi be a Jew?

Though Lehi and his sons, according to the plates of brass, were descended from the tribe of Joseph through Manasseh (Alma 10:3), they were Jews, politically speaking, since they had been under the rule of the kings of Judah before their departure. The cultural heritage of the seed of Lehi is thus “of the Jews” because Lehi’s people “came from out from Jerusalem” before it was destroyed (2 Nephi 30:4). As Nephi later explained, “I say Jew, because I mean them from whence I came,” a tiny detail easily missed (2 Nephi 33:8).

The word Jew can be traced to the Hebrew word Yehudi and, contrary to the previously mentioned assumption, was actually used during Pre-exilic times. It was originally applied to members of the tribe of Judah, but after the division of Solomon’s Kingdom (into the northern kingdom of Israel and the southern kingdom of Judah), the term Jew was applied more generally “to all residents of the Southern Kingdom, irrespective of their tribal status.”2 The term is used in this political sense by the historian of the book of Kings (2 Kings 16:6; 25:25).

Significantly, the term Jew is used most frequently in the book of Jeremiah, who was a contemporary and fellow prophet to Lehi and Nephi. In his record, the term sometimes appears in a legal or religious context, as when the Jews witnessed a contract made by the prophet (Jeremiah 32:12), or by God when addressing covenant obligations (Jeremiah 34:9).

But the term more often occurs in a political context. King Zedekiah, for example, feared those “Jews” who dissented over to the Babylonians (Jeremiah 38:19). In another instance, a Jewish captain warned his governor that if he was assassinated, “all the Jews which are gathered unto thee should be scattered, and the remnant of Judah perish” (Jeremiah 40:15, emphasis added). Therefore, Nephi’s usage of the term Jew seems entirely appropriate.