Book of Mormon Central / Come Follow Me / Book of Mormon
Gospel Doctrine Lesson #9: My Soul Delighteth in the Words of Isaiah

Isaiah’s writings were of great importance to Nephi and can be to us also. He raises a voice of warning, teaches about the Savior, and encourages us to praise the Lord. We can see God’s dealings with ancient Israel as an example for our own day. 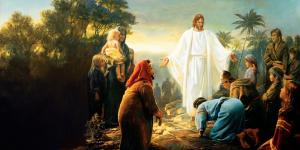 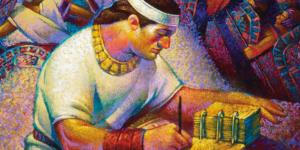 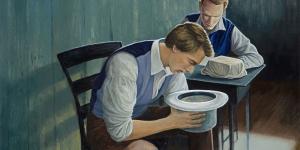 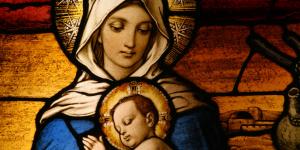 How did Nephi Read Isaiah as a Witness of Christ's Coming?
2 Nephi 17:14 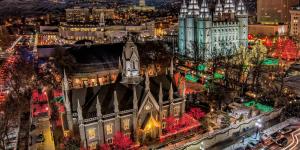 Has the Prophecy of the Lord's House Established in the Mountains Been Fulfilled?
2 Nephi 12:2 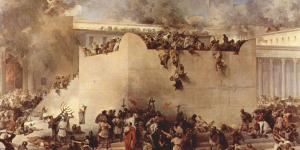 Why Do Early Nephite Prophets Speak About the Scattering of the Jews?
2 Nephi 15:13,25 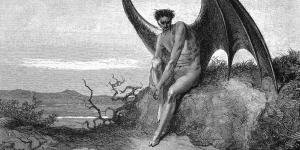 Why Did Lehi Suppose the Existence of Satan?
2 Nephi 24:12 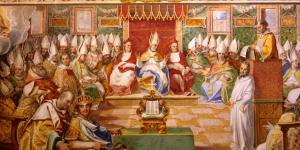 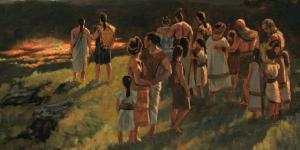 Did Interactions with Others Influence Nephi's Selection of Isaiah Chapters?
2 Nephi 24:1 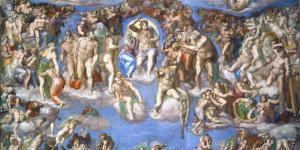 What Do Nephi and Isaiah Say About the End Times?
2 Nephi 23:6 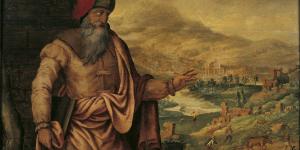 How Does Nephi Help Us Understand the Isaiah Chapters?
2 Nephi 25:4

Nephi Teaches the Words of Isaiah

"View of the Hebrews: Substitute for Inspiration?" by Spencer J. Palmer and William L. Knecht, from BYU Studies, Vol. 5, no. 2

Some critics have tried to explain the Isaiah passages in the Book of Mormon as the result of an idea that Joseph Smith supposedly got from a book written in 1825 called View of the Hebrews. Besides the fact that there is no evidence that he ever saw a copy of that book, this allegation can be tested empirically by comparing the Isaiah materials in these two books. This very early BYU Studies article from 1964 not only succeeded in putting this dubious notion completely to rest, but it also presents data that still today attests to the importance of certain Isaiah chapters in the Nephite prophetic worldview.

Prophets in the Book of Mormon, including the Lord himself, repeatedly declared the importance of reading Isaiah's prophecies. They emphasized this point by quoting extensively from Isaiah in their own sermons and writings. This chart lists Book of Mormon passages that quote or paraphrase the words of Isaiah, which held great meaning for the Nephites and also apply to us today. The main Nephite prophets who quoted Isaiah were Nephi, Jacob, and Abinadi. Next to the Book of Mormon references in this chart are corresponding references in the book of Isaiah.

Chart 99: "Four Stages of the Nephite Prophetic View," from Charting the Book of Mormon

"Was Joseph Smith Smarter Than the Average Fourth Year Hebrew Student? Finding a Restoration-Significant Hebraism in Book of Mormon Isaiah,"(link is external) by Paul Y. Hoskisson, from Interpreter: A Journal of Mormon Scripture, Vol. 17(link is external)

The brass plates version of Isaiah 2:2, as contained in 2 Nephi 12:2, contains a small difference, not attested in any other pre-1830 Isaiah witness, that not only helps clarify the meaning but also ties the verse to events of the Restoration. The change does so by introducing a Hebraism that would have been impossible for Joseph Smith, the Prophet, to have produced on his own.

Nephi and Isaiah shared a common culture and special seeric insights. They both prophesied of the Restoration. They had a clear understanding of the rebellion of Israel and still had a firm hope in the Savior.

In 2 Nephi 11, Nephi declares that Jacob had seen Jesus Christ as he had. This KnoWhy discusses the ways that God calls his prophets in Biblical times. God will often induct his prophet into the divine council by showing them a vision of the heavenly court.

"'Thou Knowest That I Believe': Invoking the Spirit of the Lord as Council Witness in 1 Nephi 11,"(link is external) by David A. Bokovoy, from Interpreter: A Journal of Mormon Scripture(link is external)

Lehi, Nephi, Jacob, and Isaiah all received visions of the Lord in some form. This is often interpreted as being shown a vision of the heavenly court and the divine council. The following essay explores some of the ways in which an Israelite familiar with ancient religious experiences and scribal techniques might have interpreted this event.

"'I Did Liken All Scripture Unto Us': Early Nephite Understandings of Isaiah Implications for 'Others' in the Land,"(link is external) by John Gee and Matthew Roper, from The Fulness of the Gospel: Foundational Teachings from the Book of Mormon(link is external)

In 2 Nephi 11, Nephi says that he likens the words of Isaiah unto his people. One interpretation of this is that Nephi took Isaiah's council in 2 Nephi 24:1 about strangers in the land to mean the other native peoples surrounding the Nephites and Lamanites in the New World. This article discusses the possibilities for Nephi's neighbors in the promised land.

Of the 478 verses in the Book of Mormon quoted from the book of Isaiah, 201 agree with the King James reading while 207 show variations. Some 58 are paraphrased and 11 others are variants and/or paraphrases. It is to the variants that we will give our attention here.

Bokovoy draws on Nephi's delight in Isaiah in 2 Nephi 11 to springboard into a discussion on the call of Isaiah. He compares Isaiah's prophetic call and heavenly vision to Lehi's in 1 Nephi 1. Through this comparison he suggests that the deity in Isaiah's heavenly vision is God the Father, while the angel that purifies Isaiah's lips is an allusion to Jesus Christ.

"In the Mountain of the Lord's House,"(link is external) by LeGrand Richards, General Conference Address, April 1971

LeGrand Richards applies Isaiah's prophecy in Isaiah 2 and 2 Nephi 12 to the modern day gathering of Israel.