Book of Mormon Central / Come Follow Me / Book of Mormon
Gospel Doctrine Lesson #10: He Inviteth All to Come Unto Him

In 2 Nephi 26-30, Nephi prophecies that Lehi’s descendants, the Jews, and the Gentiles will all fall away from the truth. He foretells of the Savior’s mercy to them through the restoration of the gospel and the coming forth of the Book of Mormon. 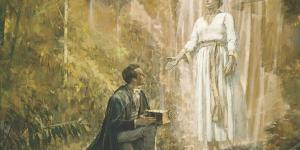 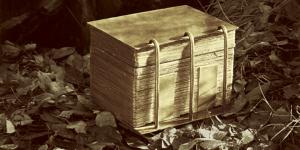 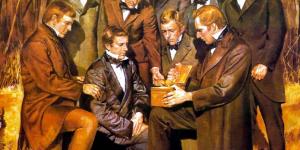 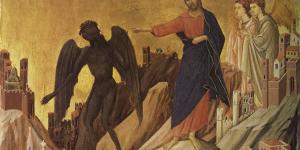 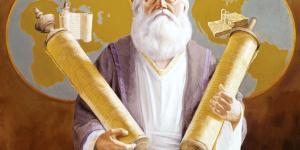 Why Is There A Need For The Testimony Of Two Nations?
2 Nephi 29:8

Chart 171: "Nephi's Invitation," from Charting the Book of Mormon

The Book of Mormon is a very inviting book. Welcoming all, it turns no one away. Many verses in the Book of Mormon invite all people everywhere to come unto Christ. Through its sincere invitations, readers everywhere feel included in God's saving love. They accept that invitation in faith by repenting, forsaking their sins, being baptized, and going forth to do good under the guidance of the Holy Ghost and the Lord's inspired direction.

"We Labor Diligently to Persuade Our Children to Believe in Christ: 2 Nephi 25:21 to 26:11,"(link is external) by Rex C. Reeve Jr., from The Book of Mormon: Second Nephi, the Doctrinal Structure(link is external)

By revelation, the Lehites knew that in the future their seed would at times reject their testimony of Christ. Lehi, Nephi, Jacob and others labored diligently to persuade their children as well as generations yet unborn to come unto Christ and enter into his rest (2 Nephi 25:23; Jacob 1:5-7).

Chapters 25 through 33 of 2 Nephi contain Nephi's final messages. They had a profound influence on later Book of Mormon prophets and have great relevancy today. Nephi addresses his comments to three main groups of people: the Jews, the descendants of Lehi, and the Gentiles. His commentary can be read as a whole, unified discourse which serves as Nephi's final testimony; much of it contains an explanation of the Isaiah chapters he has just quoted. There is a logic and organization which flows from chapter to chapter.

Davis goes through the various commentaries of Isaiah found throughout the Book of Mormon and discusses their role in the text. In 2 Nephi, Nephi quotes extensively from Isaiah. 2 Nephi 26-27 serve as Nephi's commentary on these Isaiah passages. Nephi finds Isaiah pertinent for both his generation and generations to come because of Isaiah's keen insight into the fate of the Jews and the Gentiles.

"Nephi's Convincing of Christ through Chiasmus: Plain and Precious Persuading from a Prophet of God,"(link is external) by David E. Sloan, from Journal of Book of Mormon Studies(link is external)

Hoskisson discusses the exegetical background of the phrase "familiar spirit" found in 2 Nephi 26:16. While on first glance "familiar" may seem to connote "to be acquainted with", Hoskisson suggests that "familiar" in this context may have resonance in an ancient Near Eastern setting.

The words of the Book will speak low out of the dust as a ghost called up from the netherworld. The Book of Mormon verse emphasizes that the power to translate the Book of Mormon comes from God, not from channeling or necromancy: "the Lord God will give unto him [the translator] power."

In the Jewish tradition, eminent medieval rabbis would offer insight into established scripture. This rabbinic commentary, called Midrash, came to be regarded as authoritative as scripture itself. In 2 Nephi 26-27 we see Nephi provide commentary on the various Isaiah passages he quoted. Not only is this commentary useful in understanding Isaiah, but because Nephi's words have become authoritative scripture, it can also be considered a Midrash. Grant Hardy discusses Nephi's valuable contributions to the discussion on Isaiah through the lens of looking at Nephi's commentary as a Midrash.

"Bound with Flaxen Cords,"(link is external) by Paul Mauritsen, from Insights

While the phrase "bound with flaxen cords" may not initially strike the reader as particularly significant, this phrase finds resonance in the ancient Near East, where cords made of flax were notoriously strong and inflexible. This article discusses how this understanding of flaxen cords can help us understand the nature of Satan's cunning.

Early on in Nephite civilization we see mention of synagogues as places of worship. While synagogues are often thought of as a later development in Judaism, Welch demonstrates the chronology of synagogues and also discusses the diversity in synagogue traditions, even within the Nephite culture.

"Nephite Insights into Israelite Worship Practices Before the Babylonian Captivity,"(link is external) by A. Keith Thompson, from Interpreter: A Journal of Mormon Scripture(link is external)

General historical consensus holds that synagogues probably originated during the Babylonian captivity, yet the Book of Mormon speaks of synagogues, sanctuaries, and places of worship in a manner which suggests that Lehi and his party brought some form of synagogal worship with them when they left Jerusalem around 600 BC. This essay revisits the most up to date scholarship regarding the origin of the synagogue and suggests that the Book of Mormon record provides ample reason to look for the origins of the synagogue much earlier that has become the academic custom.

Chart 79: "The Ways of the Devil," from Charting the Book of Mormon

Embedded in Nephi's prophecy in 2 Nephi 28 are many phrases that describe the conduct of those who follow the devil. These sins, Nephi states, will pervade much of society in the latter days. Today they can be found well disguised as the philosophies and tendencies listed in this chart. Such conditions are symptomatic of society's passive acceptance of "false and vain and foolish doctrines" (2 Nephi 28:9) that can lead people away from God. Knowing how the devil works and being able to see his tactics in operation in the ideologies of the world around us help prevent us from being taken captive by Satan, who leads people "carefully down to hell" (2 Nephi 28:21).

Second Nephi chapter 28 is a prophetic writing opening to full view important truths concerning several of the chief enemies of Jesus Christ and the restored gospel as follows: (1) false doctrines, identified as the precepts of men; (2) false teachers; (3) pride; and (4) Satan himself. The objective of this study is to show how, as President Benson taught, the Book of Mormon reveals the enemies of Christ.

"White or Pure,"(link is external) by FAIR Mormon