Book of Mormon Central / Come Follow Me / Book of Mormon
Gospel Doctrine Lesson #20: My Soul is Pained No More

As the book of Mosiah closes, focus shifts from Alma the Elder to his son and the rising generation. Many of the people are led away in unbelief, and Alma the Elder’s efforts to preserve the church are evident in these chapters. An angel’s intervention results in the conversion of Alma the Younger and the sons of Mosiah and changes their paths in life. 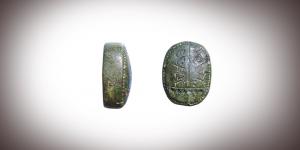 Has An Artifact That Relates to the Book of Mormon Been Found?
Mosiah 25:2 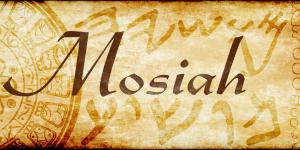 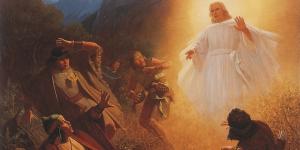 Why Did the Angel Speak to Alma With a Voice of Thunder?
Mosiah 27:11

Alma's conversion is documented in three places in the Book of Mormon. This chart compares the rhetorical situation of each of these accounts and shows how the context of the situation may have in part determined the way Alma expressed his conversion story each time he told it. Though each account differs from the others, all were appropriate for the contexts in which they were given.

"Chart 107: Shared Words in the Three Accounts of Alma's Conversion," Charting the Book of Mormon

The three accounts of Alma's conversion recorded in the Book of Mormon contain many shared or similar phrases, leading us to believe that Alma had repeated his story often and in a distinctive manner. The use of shared words in these three accounts is circumstantial evidence of the authenticity of the Book of Mormon, since, in spite of the different settings of these accounts and the textual layers of compilation, abridgment, and translation, Alma's unique, underlying personal voice can still be heard and identified.

In his blessing to his son Helaman, Alma uses chiasmus in recounting his conversion to the gospel of Jesus Christ. This chart illustrates the deep structure of Alma 36. Jesus Christ is the crux of the chiasm, just as he is the center of the gospel and the only means whereby salvation can be attained. The turning point in Alma's conversion was not the appearance of the angel or the fear of eternal banishment, but calling on the name of Jesus Christ, the Son of God. Fittingly, Alma makes this spiritual turning point the literary focal point of this entire chapter, one of the finest examples of chiastic composition anywhere in world literature.

Video: Discussions on the Book of Mormon: Mosiah 25-28. Available at BYUtv.org

Faculty from the Department of Ancient Scripture discuss Mosiah chapters 25 to 28 and the teachings found there about remembering bondage and Christ as the Deliverer.

This is Scripture Roundtable 164 from The Interpreter Foundation, in which we discuss the Book of Mormon Gospel Doctrine Lesson #20, My Soul Is Pained No More, focusing on scriptures in Mosiah 25-27, and Alma 36, bringing in various insights to help us better understand the scriptures. These roundtables will generally follow the 2016 Gospel Doctrine schedule of scriptures, a few weeks ahead of time.

A small stamp seal bearing the inscription “belonging to Malkiyahu, son of the king,” arguably belonged to Mulek, son of Zedekiah, who accompanied one of the Israelite groups that settled in the New World. Jeremiah 38:6 mentions “Malchiah the son of Hammelech,” which could also be a reference to this same Mulek. Discussion centers on similar seals, the meaning of Ben Hamelek, the possible age of Malkiyahu, and Book of Mormon claims about Mulek. This seal could conceivably have been left behind in Jerusalem and found centuries later, thus representing an archaeological artifact of a Book of Mormon personality.

This article traces the history of the Mulekites from their origins in Jerusalem to discovery by Mosiah and through the Book of Mormon and discusses their relations with the Nephites.

This encyclopedia entry provides information on Mulek and the descending Mulekites as found in the Book of Mormon. Mulek was a son of Zedekiah, and may be featured in various Old Testament passages.

Mulek, the son of Zedekiah, is mentioned several times in the Book of Mormon (see Mosiah 25:2; Helaman 6:10; 8:21) but not in the Bible—at least not in a way that people have recognized, until just recently. Biblical scholarship now bears out this Book of Mormon claim: King Zedekiah had a son named Mulek.

During the time of Mosiah, wickedness grew among the people, to the point that the priests needed to bring some people to Alma to be disciplined. Alma teaches that the judgment must be commensurate with the violation, that confession is essential to repentance, and that forgiveness was necessary for the body of saints to survive.

John Welch explains the etymology of the word "Mosiah", and explores the role that a "mosiah" would have had in ancient Israel. Since "mosiahs" tend to be saviors that liberate people from bondage, it is an appropriate title for the Book of Mormon characters of that same name.

In a two-part series, M. Catherine Thomas provides an insightful doctrinal and historical commentary on the famous narrative of Alma the Younger. From his conversion to his ascent to be the chief judge, Alma proves to be an important Book of Mormon character. In this segment, Thomas focuses on the teachings of Alma the Younger in relation to the covenants made among the Nephties.

The account of Alma's life in the Book of Mormon begins with his description as a wicked and idolatrous man who went about trying to destroy the church of God (Mosiah 26, 27). But after the angel's visit, we witness Alma's rapid ascent from spiritual darkness to spiritual power and to the holy order of God. Perhaps among all the important things that one could learn from Alma, the account of his life gives us hope that there is a mighty power that can take a lost and fallen person and work a miraculous transformation.

Welch discusses the three times in the Book of Mormon that Alma the Younger's conversion story is mentioned: Mosiah 27, Alma 36, and Alma 38. From comparing the different accounts, readers can come to appreciate that the accounts were all written by the same prophet, who had a strong testimony of the saving power of Jesus Christ.

Alma’s sermons—formal and informal addresses alike—brim with references to and applications from his personal conversion experience. Whether warning the people of Ammonihah, counseling his sons, or dealing with ordinary matters, Alma uses his conversion experience as a persuasive teaching tool. The three-day period during which he received a visit from an angel and underwent a remarkable change enabled him later to speak from experience as he preached repentance and the cleansing power of the word of God. Not only did he illumine the dark, awful state in which persons find themselves if they do not repent, but he could especially beam light on the indescribable joy that accompanies forgiveness of sin. At base, he sought earnestly that others be born of God as he had been.

Alma’s discussion of the new countenance in Alma 5 draws from his experience related in Mosiah 27, when he was born of the Spirit.

Several points in the Book of Mormon contrast light and dark, including the story of Alma the Younger. The petulant Alma in the beginning of Mosiah 27 is contrasted with the sobered and enlightened Alma at the end. While Alma was once a rebellious son of the king, after his dramatic conversion, he becomes a force for good by reigning as the chief judge over the people of Nephi.

Mosiah 27:6 speaks of their land as being divided into “four quarters.” Book of Mormon authors similarly thought of the earth as being divided into four quadrants (i.e., 1 Nephi 19:16; 22:25; 2 Nephi 10:8; 21:12; 3 Nephi 5:24; 5:26; 16:5; Ether 13:11). Accordingly, they described each area of their lands by reference to the cardinal directions, such as “the land northward” and “the land southward.” Recent research by Diane E. Wirth, pursuing a topic explored earlier by Steven L. Olsen, shows that similar ideas existed in pre-Columbian America and the Old World.

"'According to Their Language, unto Their Understanding': The Cultural Context of Hierophanies and Theophanies in Latter-day Saint Canon(link is external)," by Mark Alan Wright, Studies in the Bible and Antiquity(link is external), 3

This paper analyzes several distinct hierophanies witnessed by prophets in both the Old and New Worlds and discusses the cultural context in which such manifestations occur, which aids modern readers in obtaining a greater understanding of the revelatory process recounted in these texts. In particular, Wright discusses the "fainting" of Alma in Mosiah 27 in context of ancient Mesoamerican prophetic calls.

King Benjamin, in an attempt to establish and promote peace, created a form of government that may be understood as democratic. The political system is not a democracy in the way the term is understood today, but the democratic elements become especially clear when viewed next to its autocratic Lamanite counterpart. Davis demonstrates how a democratic system tends to bring more peace to a nation and, interestingly, also more victory when war does come upon them. The young Nephite state encountered the types of risks experienced in the modern progression to democracy, further illustrating how difficult a task it would have been for Joseph Smith to create this world. Although the democractic state played a role in the Nephite nation, the most important lesson in the Book of Mormon’s politics is that God makes all the difference.

"The Book of Mormon and the American Revolution," by Richard L. Bushman, BYU Studies Quarterly 17, no. 1

A common criticism of the Book of Mormon is that it is a product of Joseph Smith's nineteenth century America. However, Bushman asserts that the Book of Mormon is not a conventional American book. Too much Americana is missing. One point Bushman touches on is the institution of judges. While at first it seems democratic and American in nature, the system of judges Mosiah established is a far cry from modern democracy, but rather fits better in the context of a Nephite monarchy.

"A Masterpiece: Alma 36" by John W. Welch in Rediscovering the Book of Mormon.

"Alma's Conversion: Reminiscences in His Sermons" by S. Kent Brown in A Book of Mormon Treasure: Gospel Insights from General Authorities and Religious Educators.

"The Voice of an Angel" by John A. Tvedtnes in Book of Mormon Authorship Revisited.