Book of Mormon Central / Come Follow Me / Book of Mormon
Gospel Doctrine Lesson #17: A Seer-Becometh a Great Benefit to His Fellow Beings

To encourage class members to follow the counsel of Church leaders, particularly those whom the Lord has called as prophets, seers, and revelators. 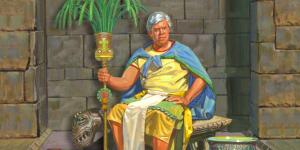 Why Are Mormon's Extensive Quotations of Limhi Significant?
Mosiah 7:9 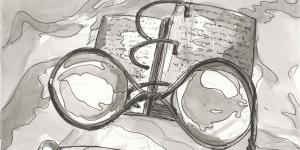 Why is a Seer Greater than a Prophet?
Mosiah 8:15 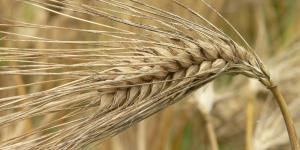 How Can Barley in the Book of Mormon Feed Faith?
Mosiah 9:9 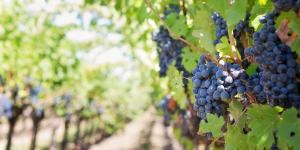 Why does the Book of Mormon Mention Wine, Vineyards, and Wine-presses?
Mosiah 11:15

The narratives in the book of Mosiah do not always follow in strict chronological order. The two major flashbacks, Zeniff's and Alma's accounts, illustrate that the book of Mosiah was put together by use of historical records of several authors. These flashbacks also attest to the historicity of the Book of Mormon, because it would have been difficult for the Prophet Joseph Smith to dictate these historically complex flashbacks and still keep his facts straight. In this chart the bars represent the narrative content and flow of the books of Omni and Mosiah over time, while the two flashback episodes are shown in relation to their placement in the book of Mosiah and to the time spans they cover, which predate the time of Mosiah.

Chart 32: "Nephite and Lamanite Kings," from Charting the Book of Mormon

This chart highlights prominent Nephite and Lamanite kings from 200–77 B.C. These men are described in great detail in the Book of Mormon, showing especially the great effect a leader can have on his people. Mosiah1, Zeniff, and King Laman were contemporaries. Benjamin was beginning his reign when Noah was at the height of his power. Limhi's reign ended when he and his people returned to Zarahemla near the beginning of Mosiah2's reign. Lamoni's father, who may have been a descendant of King Laman, was converted by Aaron about 82 B.C. Lamoni himself was converted a little earlier by Ammon. Lamoni and King Anti-Nephi-Lehi were brothers (see Alma 24:5).

Chart 41: "People to Whom Jesus Christ or the Angel of the Lord Appeared," from Charting the Book of Mormon

Before his mortal birth and after his resurrection, Jesus Christ personally appeared to a number of his faithful servants. It is noteworthy how many times this occurred. As Book of Mormon Chart 41 shows, nine Book of Mormon prophets were visited by the Lord; four more are taught by "the angel of the Lord." These witnesses, who included Lehi, Nephi, Jacob, Alma, Lamoni, Mormon, and Moroni, all testified of the divinity of the Savior and his mission. As those who had "seen" both things as they were and things as they are to come, these seers (those who are endowed by God with special gift for seeing spiritually) offer the world truths that are of the greatest benefit to all mankind. All of them bore mighty testimonies of the work and glory of the Lord Jesus Christ. Mormon, one of the witnesses, wrote that heavenly messengers "prepare the way among the children of men, by declaring the word of Christ unto the chosen vessels of the Lord, that they may bear testimony of him. And by so doing, the Lord God prepareth the way that the residue of men may have faith in Christ, that the Holy Ghost may have place in their hearts, according to the power thereof; and after this manner bringeth to pass the Father, the covenants which he hath made unto the children of men" (Moroni 7:31-32).

"Benjamin and Noah: The Principle of Dominion," by Lee L. Donaldson, from The Book of Mormon: Mosiah, Salvation Only Through Christ

Of the two kings discussed in this lesson, one cared about bringing souls unto Christ while the other had only worldly cares. In their respective roles as leaders, their very different approaches secured peace in the kingdom for one and destruction for the other. Their examples illustrate the consequences of a righteous or a wicked leader, and the responsibilites we now have to build Zion with a service-based (as opposed to domination-based) leadership.

Matthews illuminates the important role Abinadi played: we would not have Alma without Abinadi, and we would not have Abinadi without Alma, who following his conversion preserved Abinadi's teachings and continued to keep records of the church he organized until his death. Matthews goes beyond the principles of Abinadi's messages to king Noah and his priests, treating Abinadi as a man, of whose physical characteristics we know very little. But what we can understand, emphasizes Matthews, is Abinadi's courageous character by way of the powerful delivery of his speeches: he counters, questions, and condemns the wicked actions of these leaders.

"Priesthood in Mosiah," by Daniel C. Peterson, from The Book of Mormon: Mosiah, Salvation Only Through Christ

Peterson discusses the differences between God's appointed priests and the priests of king Noah, providing another useful guide to the contrasting priorities, spiritual or secular, of different kinds of leaders. He also discusses how Benjamin's seership and kingship was connected to his possession of the interpreters and the brass plates.

"Deliverance from Bondage," by Clyde J. Williams, from The Book of Mormon: Mosiah, Salvation Only Through Christ

Mosiah 7-8 is one of the most overlooked portions of the Book of Mormon, states Williams. What makes this section so important is that it contains real accounts of the factors that led to literal and spiritual bondage. Most importantly, these scriptures demonstrate what factors will deliver a people from bondage.

"Barley in Ancient America," by John L. Sorenson and Robert L. Smith, from Reexploring the Book of Mormon.

Mosiah 7 mentions the cultivation of barley, yet many critics of the Book of Mormon have pointed out that barley wasn't introduced into the Americas until the arrival of Europeans. This article takes a sampling of various studies to show that there were several varieties of wild barley in the pre-Columbian Americas.

"Seer," by Steven C. Walker, from Encyclopedia of Mormonism

Mosiah 8 speaks of King Mosiah being a seer for his people. This encyclopedia entry explains the presence of seers in scripture and what we can learn about them. While we don't hear of seers very often throughout the Book of Mormon, the term is prevalent in early Church History and can teach us about the role Joseph Smith played in the Restoration.

"Limhi in the Library," by John Gee, from Journal of Book of Mormon Studies

Analysis of comparative data and historical background indicates that the quotations in Mosiah 7–22 are historically accurate. Further examination of the quotations of Limhi shows that they depend heavily on other sources. This implies some things about the character of Limhi and provides as well attendant lessons for our own day.

"When Lehi's Party Arrived in the Promised Land, Did They Find Others There?" by John L. Sorenson, from Journal of Book of Mormon Studies

In the Book of Mosiah, we discover that the Mulekites co-existed with the Nephites during Book of Mormon times. In this article, a number of statements in the Book of Mormon text are examined, which indicate the presence in Lehi’s “promised land” of peoples other than those descended from Lehi’s party. Reasons are considered why the topic is not addressed more explicitly in the record. It is concluded that there is clear evidence for the presence of “others.”

The Israelite deliverance from Egypt serves as a type for several Book of Mormon accounts of deliverance. Book of Mormon authors and teachers such  as Nephi, Alma, and Limhi allude  to the Exodus and draw parallels with their own experiences. The Atonement—an event surpassing the Exodus in  the realm of  God's miraculous works—also  ties to the Exodus, and the Savior's three-day visit to the Americas brims with allusions as well. Connections between Moses and Jesus Christ as deliverers also appear. Noting these bridges, readers can  take comfort from  both the Exodus narrative and similar experiences that God fulfills his promises.

"Limhi's Discourse: Proximity and Distance in Teaching," by Loren Blake Splendlove, from Interpreter: A Journal of Mormon Thought

The author introduces a syntactic technique known as “enallage”—an intentional substitution of one grammatical form for another. This technique can be used to create distance or proximity between the speaker, the audience, and the message. The author demonstrates how king Limhi skillfully used this technique to teach his people the consequences of sin and the power of deliverance through repentance.

"In His Footsteps: Ammon1 and Ammon2," by Val Larsen, from Interpreter: A Journal of Mormon Thought

Mormon is a historian with a literary sensibility and considerable literary skill. Though his core message is readily apparent to any competent reader, his history nevertheless rewards close reading. Its great scope means that much that is said must be said by implication. And its witness of Christ is sometimes expressed through subtle narrative parallels or through historical allegory. This article focuses on parallel narratives that feature Ammon1 and Ammon2, with special attention to the allegorical account of Ammon2 at the waters of Sebus. To fully comprehend the power of the testimony of Christ that Mormon communicates in his Ammon narratives, readers must glean from textual details an understanding of the social and political context in which the narratives unfold.

"Zarahemla: Revisiting the 'Seed of Compassion'," by David Bokovoy, from Insights

Zarahemla has been identified in the BYU Onomasticon as likely deriving from Hebraic roots that mean the "Seed of compassion." David Bokovoy readdresses this etymology, adding his own contribution to the possible etymology of Zarahemla.

"Abinadi: The Man and the Message," by Todd Parker, Part 1

Parker discusses the meaning of the name “Abinadi,” tells about Abinadi’s mission, compares his teachings to those of Benjamin, and examines the theme of bondage from sin and deliverance through Christ.