To help class members have a greater desire to “choose liberty and eternal life” through Jesus Christ, “the great Mediator of all men” 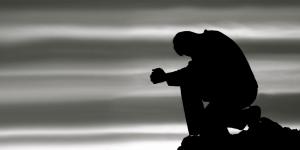 Was the Requirement of a Broken Heart Known Before the Time of Christ?
2 Nephi 2:7 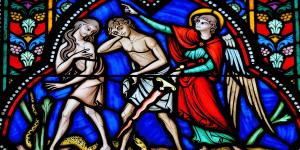 What Are the Origins of Lehi's Understanding of the Fall?
2 Nephi 2:25

The Book of Lehi was regrettably lost in 1828 on the 116 pages. This article, however, makes a fascinating case that Lehi's written record underlay a good deal more of the writings of Nephi and Jacob than readers usually notice. Embedded in the Small Plates are quoted passages and characterizations of Lehi's writings that offer important clues regarding the nature and content of Lehi's own written word.

This talk given by Daniel H. Ludlow asserts that we as Latter-day Saints should be the most free of any people on the face of this earth. We have all the opportunities of choice that other people have and more because we have the additional laws and principles of the restored gospel. We have all the possibilities of opposites shared by other people and more because of the differences between the brightness of the noonday sun of the restored gospel as compared with the darkness of skepticism, agnosticism, and atheism. We have all the freedom of choice enjoyed by other people and more because we have modern scriptures and living prophets to guide us day by day. Thus if we as Latter-day Saints are not the most free people on the face of the earth, then we should be, because we have to a greater extent the necessary components of free agency.

"The Fortunate Fall of Adam and Eve," by Daniel K Judd, from No Weapon Shall Prosper: New Light on Sensitive Issues

Some believe Adam and Eve's partaking of the fruit of "the tree of knowledge of good and evil" (Genesis 2:9) to be the cause of all that is evil and tragic in the world today. Others believe our first parents merely to be mythical beings whose existence is only a metaphor used to explain mankind's existence. The doctrines of the restored gospel concerning the historical reality of Adam and Eve and the doctrine of the Fall provide a wealth of understanding concerning the purposes of adversity and opposition and the vital need for the Atonement of Jesus Christ.

Many successful approaches to teaching the doctrine of the Fall have been presented in the manuals of The Church of Jesus Christ of Latter-day Saints. This article focuses on the concepts of moral agency and accountability, the commandments given to Adam and Eve in the Garden of Eden, and the roles of the participants in the Fall: God the Father, Satan, Eve, and Adam. No matter which teaching approach is used, a good review of the principles will help teachers and students enjoy learning how the Fall occurred and how it was a necessary part of God's plan.

"Agency and Freedom in the Divine Plan," by Byron R. Merrill, from Window of Faith: Latter-day Saint Perspectives on World History

In its most basic aspects, agency is both the God-given right to choose and the power--the intrinsic ability--to do so. To have the gift of agency fully operative there must be competing choices and a person must have some knowledge of what the choices are and understand something about the nature of the consequences that flow from the respective choices. The idea of choices presumes that there are differences, whether those differences be viewed as up or down, back or forward, better or worse, black or white, good or evil. Thus, Lehi declares: "For it must needs be, that there is an opposition in all things. If not so,...righteousness could not be brought to pass, neither wickedness, neither holiness nor misery, neither good nor bad. Wherefore, all things must needs be a compound in one" (2 Nephi 2:11).

"Lehi and the Covenant of the Promised Land: A Modern Appraisal," by Alan K. Parrish, from The Book of Mormon: Second Nephi: The Doctrinal Structure

When Lehi in his old age addresses his children in the first few chapters of 2 Nephi, he speaks of the promised land. The promised land came with many blessings, as well as stipulations. This article details and explores Lehi's teachings on the promised land, and how the people on this continent can take claim on those blessings.

The Book of Mormon has been criticized for seemingly drawing 2 Nephi 1:14from Shakespeare. However, Robert Smith in this article shows how the idea that death is a place "from whence no traveler can return" is actually attested much earlier. He draws on parallels both from Biblical sources as well as the broader ancient Near East to show its prevalence in Lehi's time.

"Lehi on God's Law and an Opposition in All Things," by A. D. Sorenson, from The Book of Mormon: Second Nephi: The Doctrinal Structure

The central teaching of 2 Nephi 2:11 concerns the role that God's law and the opposites affixed to it play in human and divine existence—e.g., righteousness and wickedness, good and evil. But in presenting his view of opposites connected to God's law, Lehi assumes of his readers considerable background knowledge concerning the law. This article seeks to unfold the meaning of 2 Nephi 2:11 in context of the law so that the role the law plays in human and divine existence becomes apparent to students of the Book of Mormon.

"The Temple, the Monarchy, and Wisdom: Lehi's World and the Scholarship of Margaret Barker," by Kevin Christensen, from Glimpses of Lehi's Jerusalem

This article on a broader scale discusses the temple in ancient Israel and how it may have functioned in the time of Lehi. It specifically points to how the ancient Israelite temples utilized themes of Creation, Eden, and the Fall. Lehi's address to his son Jacob in 2 Nephi 2 may be focused on the Fall of Adam and Eve because of Jacob's role as high priest for their temple. In order for Jacob to fulfill his role as high priest, an understanding of the Fall and Atonement is imperative.

"Adam's Fall in the Book of Mormon, Second Temple Judaism, and Early Christianity," by Stephen D. Ricks, from The Disciple as Scholar: Essays on Scripture and the Ancient World in Honor of Richard Lloyd Anderson

Stephen Ricks outlines the doctrines of the Fall that are taught in Lehi's speech in 2 Nephi 2. He then goes through and traces attestations of Adam and Eve throughout second-temple Jewish literature to discern parallels and overlaps. He concludes by comparing it with modern Christian interpretations of the fall and how its perception has evolved through the milennia.

"Lehi's Theology of the Fall in Its Preexilic/Exilic Context," by Bruce M. Pritchett Jr., from Journal of Book of Mormon Studies 3/2

Some authors have claimed that Lehi’s teachings on the fall of Adam are so similar to teachings prevalent in nineteenth-century America that they must be the source for 2 Nephi 2. However, this paper demonstrates that the bulk of well-recognized scholarly authority attributes teachings very similar to those in 2 Nephi 2 to preexilic and exilic biblical writers such as Hosea and Ezekiel. Thus, Lehi’s teachings are more consistent with a preexilic/exilic Israelite context than a nineteenth-century American context.

"The Fall of Man and His Redemption," by Gerald N. Lund, from The Book of Mormon: Second Nephi: The Doctrinal Structure

While Lehi gives various counsel to all his children, his address to Jacob is primarily a doctrinal exposition. In 2 Nephi 2, Lehi expounds to Jacob on the Fall of man, and the need for a redeemer. This article methodically goes through Lehi's discussion on the Fall to point out 2 Nephi 2 shapes the LDS understanding of the Fall and the Atonement.

"Lehi's Last Will and Testament: A Legal Approach," by John W. Welch, from The Book of Mormon: Second Nephi: The Doctrinal Structure

John Welch takes the whole of Lehi 1-4, and examines it in light of ancient Israelite family laws and customs. His analysis finds that Lehi's final address to his family serves very much like a last will and testament, and fits well in the ancient Israelite legal traditions.