Book of Mormon Central / Come Follow Me / Book of Mormon
Gospel Doctrine Lesson #7: I Know in Whom I Have Trusted

To help class members strengthen their testimonies of the Prophet Joseph Smith and to encourage them to find happiness through trusting in the Lord and keeping His commandments. 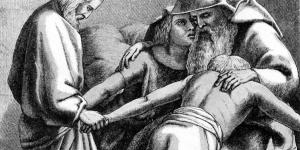 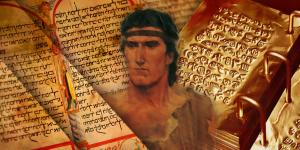 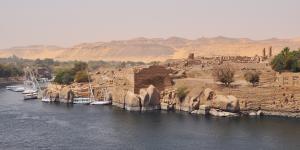 Did Ancient Israelites Build Temples Outside of Jerusalem?
2 Nephi 5:16

One of the most beautiful passages in all of scripture is Nephi's psalm in 2 Nephi 4, written shortly after Nephi's father Lehi had died. The sensitive reading in this BYU Studies article by a professor of comparative literature, unfolds the intent, emotion, and beauty of Nephi's eloquent words. By engaging the poetic and prophetic mind, the reader embraces profound understandings of this text and richly appreciates its significance.

Nephi attributed his every virtue to God; he never took glory unto himself. Nowhere is his heart better revealed or his life better summarized than in the prayerful psalm he wrote in his middle years (2 Nephi 4:16-35).

God wields a two-edged sword. He who blesses also curses. Justice and mercy are fellow companions. Nowhere is this principle more clearly revealed than in the Book of Mormon which says that a "skin of blackness" came upon Laman and his followers subsequent to the spiritual and physical divisions of Lehi's colony (2 Nephi 5:21). This article talks about the history and purpose of this cursing.

John Welch takes the whole of 2 Nephi 1-4 and examines it in light of ancient Israelite family laws and customs. His analysis finds that Lehi's final address to his family serves very much like a last will and testament, and fits well in the ancient Israelite legal traditions.

John Welch expounds on the emotional and textual richness of "Nephi's Psalm". As Nephi is left without his father Lehi, Nephi feels the void of support and turns to the Lord to be his support.

Who Shall Ascend into the Hill of the Lord: The Psalms in Israel's Temple Worship In the Old Testament and in the Book of Mormon,(link is external) by LeGrand L. Baker and Stephen D. Ricks

The Psalms were originally the text of the ancient Israelite temple services, Their Poetry was woven into a magnificent eight day pageant-like temple drama that depicted the full eternal sweep of the Savior's mission and his Atonement. The principles taught in that drama were accurately preserved on the brass plates and taught by Nephite prophets throughout the Book of Mormon. Now, using the New Testament, with the Book of Mormon and modern revelation as keys, Baker and Ricks have sought to reconstruct the original order of the Psalms and uncover the story they once told in the ancient Israelite temple drama.

Identifying the poetic forms in the Book of Mormon enables readers to appreciate its beautiful literary style and gain a better understanding of its message. This article uses the form-critical analysis of psalms, first outlined by Hermann Gunkel in 1926, to demonstrate sharp similarities between Nephi's psalm and similar psalms in the Old Testament. Nephi's psalm plainly follows the format and substance of the individual lament as described by Gunkel and elaborated by numerous subsequent scholars. As in other instances of Hebrew poetic forms in the Book of Mormon, understanding and appreciating the psalm, more particularly the personal lament, can offer new insights into 2 Nephi 4:16-35 and make its message of hope and trust more powerful and personal.

Given that the Psalms are frequently quoted in the New Testament, one wonders if a similar phenomenon occurs in the Book of Mormon. Although Psalms are not specifically mentioned as being on the brass plates, certainly some of what we today have as the book of Psalms could have been included on the plates. Even if the Psalmic material did not appear in written form on the brass plates, early Book of Mormon authors such as nephi could have been familiar with some Psalms based on their experience with temple worship in Jerusalem. Moreover, while there are no explicit references to Psalms in the Book of Mormon, David Larsen has found several textual connections between the biblical Psalter and the Dead Sea Scrolls, none of which were explicitly identified, leaving open the possibility of similar connections in the Book of Mormon as well.

"Parallels Between Psalms 25-31 and the Psalm of Nephi,"(link is external) by Kenneth L. Alford and D. Bryce Baker, from Ascending the Mountain of the Lord: Temple, Praise, and Worship in the Old Testament(link is external)

We cannot determine with certainty the specific influences that affected Nephi as he drafted his psalm, but it is not unreasonable to entertain the possibility that Nephi may have turned to the brass plates for consolation and inspiration. The purpose of this essay is to suggest that Psalms 25-31 may have had a particular influence upon Nephi as he wrote his psalm.