To help class members gain a greater understanding of life after death and the mercy that is available to them through the Atonement of Jesus Christ. 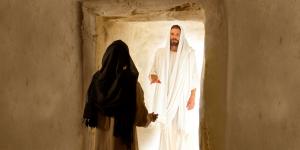 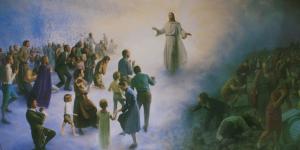 Why and How Did Alma Explain the Meaning of the Word "Restoration"? 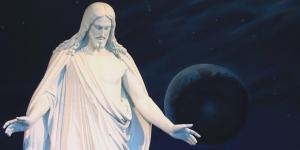 Why Does Alma Mention “the Plan” Ten Times in His Words to Corianton?

Video: BYUtv Discussions on the Book of Mormon: Alma 40-41. Available at BYUtv.org

Video: BYUtv Discussions on the Book of Mormon: Alma 42. Available at BYUtv.org

Chart 74: "The Ways of Life and Death: Alma the Younger's Explanation to Corianton," from Charting the Book of Mormon.

B. H. Roberts provides a turn of the century perspective on the powerful teachings found in Alma 39-42. He examines and discusses the doctrine of resurrection and restoration found within these rich chapters.

In Alma's counsel to Corianton, he speaks of a person's state when they enter the presence of God at final judgment. Alma’s unique concentration of state, his tendency to reword with state, and his distinctive treatment of a shared topic involving state all point to him as a unique writer within the Book of Mormon.

H. Donl Peterson, "I Have a Question: What is the meaning of the Book of Mormon scriptures on eternal hell for the wicked?," Ensign (April 1986).

The Book of Mormon contains many teachings about final judgment and the fate of the wicked. Alma 39-42 in particular provides many doctrinal gems for readers on the nature of final judgment. H. Donl Peterson disucsses the interpretation of these scriptures to help readers understand God's plan for his children.

Alma’s distinctive use of the word state in the Book of Mormon is present in his unique concentration of state, his tendency to reword with state, and his treatment of a shared topic involving state.

The Book of Mormon adds an enormous amount to our understanding of the realities, purposes, and process of the resurrection. It is one of the greatest gifts of God to all mankind. And as Alma teaches his son Corianton, God's mercy consists in giving people time to repent in preparation for the day of final judgement and resurrection.

Monte S. Lyman, "The State of the Soul between Death and the Resurrection," in The Book of Mormon: Alma, the Testimony of the Word, edited by Monte S. Nyman and Charles D. Tate, Jr. (Provo, UT: Religious Studies Center, 1992), 173-194.

There are six verses in Alma 40 that teach directly about the spirit world. This article analyzes these verses, attempting to answer any questions that may have arisen from them.

God's prophets have promised a restoration of all things. When we hear the term restoration, we typically think of the latter-day return of the church and the revelation of the gospel in its fulness. Book of Mormon prophets, however, sue this term in a rather different sense. They teach that every individual will receive a temporal as well as a spiritual restoration, good for good, evil for evil.

This paper will compare the teachings of the Book of Mormon, the Bible, and Christian tradition on doctrines essential to salvation. It will contrast the completeness and clarity with which these doctrines are taught in the stick of Judah and the stick of Joseph.

Feast Upon the Word Lesson #30