Book of Mormon Central / Come Follow Me / Book of Mormon
Gospel Doctrine Lesson #13: The Allegory of the Olive Tree

Jacob’s recounting of Zenos’s Allegory of the Olive Tree conveys “important teachings, deep emotion, and wisdom related to God’s tender devotion.” Jacob appears to conclude his writings at Jacob 6:13, but then includes the story of Sherem, which serves as a stern warning to disciples. 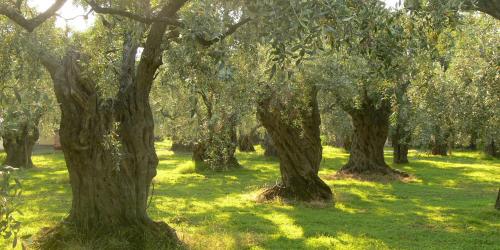 Why Did Jacob Share the Allegory of the Olive Tree?
Jacob 4:17 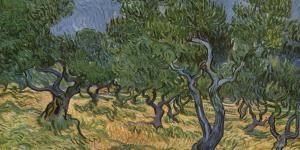 Is Anything Known Of The Prophet Zenos Outside Of The Book Of Mormon?
Jacob 5:1 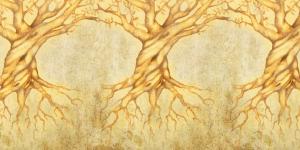 What Are The Roots Of Zenos's Allegory In The Ancient World?
Jacob 5:3 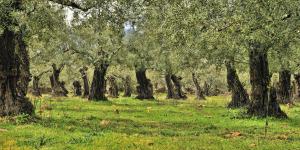 Why Did Zenos Give So Many Details About Raising Good Olives?
Jacob 5:9-10 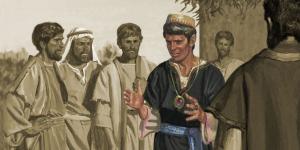 "Explicating the Mystery of the Rejected Foundation Stone: The Allegory of the Olive Tree," by Paul Y. Hoskisson, from BYU Studies, Volume 30, no. 3

Because the allegory of the olive tree is associated with Israel, it is reasonable to assume that its symbolic events correspond to real events in the Israelites' history. Brigham Young University professor of ancient scripture Paul Y. Hoskisson attempts to pinpoint dates, events, and places that may be referred to. Hoskisson also seeks to answer the question of how apostate Israel could ever accept Jesus Christ, as the allegory asserts. He claims that the answer is also found in the allegory: such a conversion is possible only through the grace of Christ purging evil and pride from the hearts of men.

Chart 81: "The Allegory of the Olive Tree," from Charting the Book of Mormon

The longest allegory in scripture is Zenos's allegory of the olive tree. In Jacob 5:3, Zenos explains that the tame olive tree represents the house of Israel. From this interpretation, conclusions may be drawn concerning other symbols in the allegory. The numbers on the top half of this chart (1–6) represent the six main stages that Zenos addresses in his allegory: (1) the decaying of the top, (2) the grafting in of the wild tree, (3) the planting of young branches in other parts of the vineyard, (4) the returning of the branches to the main tree, (5) the bitter fruit burned by fire, and (6) the good fruit being gathered and stored. On the bottom half of the chart, these same stages are shown graphically, arranged clockwise around the central figure of the tame tree.

The olive, that most useful and symbolic of trees, is treated to an unprecedented degree of scholarly and literary attention in this massive conference volume. The original 1992 F.A.R.M.S. conference presentations have been amply expanded and assembled in a volume that seems to include everything relevant to the olive and its symbolism in the Book of Mormon and the Bible. As with most conference volumes, the contributions overlap considerably, but since each approaches the topic from an individual angle—from history to theology; from botany to philology—the overlap rarely seems tedious. I cannot recall reading a volume of similar length on a unified theme that sustains the interest of the reader as well as this work.

"Recent Notes about Olives in Antiquity," by Wilford M. Hess, from BYU Studies, Volume 39, no. 4

Anciently, olives were valued for their oil, which was used for oiling, for kindling the menorah, for offerings, and for atonement. Wild olives reproduce entirely from seeds and exhibit genetic variation. Domesticated olives are cultivated as clones. Success of trees depends on irrigation, cultivation, treatment of seedlings, and grafting. Old World information was apparently lost among Lehi's descendants in the New World. After the fifth chapter of Jacob, the olive is not mentioned again in the Book of Mormon.

Chart 83: "Personal Applications of Olive Symbolism,"(link is external) by John W. Welch and Greg Welch from Charting the Book of Mormon

The Allegory of the Olive Tree,(link is external) by Stephen D. Ricks and John W. Welch

In The Allegory of the Olive Tree, 20 scholars shed light on the meaning, themes, and rhetorical aspects of the allegory, as well as on its historical, cultural, and religious backgrounds. In so doing, they offer answers to questions about the significance of olive tree symbolism in the ancient Near East, who Zenos was, the meaning of the allegory, what it teaches about the relationship between God and his people, how it might relate to other ancient texts, the accuracy of the horticultural and botanical details in the text, and much more.

Not only was the science of horticulture well established in biblical times, but this botanical knowledge was also used by ancient prophets to convey information about the house of Israel. However, the allegory in Jacob 5 is not completely botanically correct. Although in most ways it follows sound botanical principles, a few instances violate these principles. This paper discusses the botanical principles in Jacob 5, identify those which are violated, and then clarify the allegory according to those principles.

Zenos evidently lived between 1600 and 600 BC. He may have been a progenitor of Lehi. He spent time in the wilderness and also preached in the midst of the congregations of God. Some of his enemies became reconciled to him, but others were visited with destruction.

A short summary of Jacob 5, describing each of the sections ofthe Allegory of the Olive Tree.

Sherem denied the need for Christ, used flattery, and accused leaders of teaching false doctrine. He sought for a sign and was critical of scripture. He met with a woeful end.

Explicating the Mystery of the Rejected Foundation Stone: The Allegory of the Olive Tree

6-81 The Allegory of the Olive Tree

The Allegory of the Olive Tree: The Olive, the Bible, and Jacob 5

Recent Notes about Olives in Antiquity