To encourage class members to strengthen their conversion and increase their desire to help others become converted. 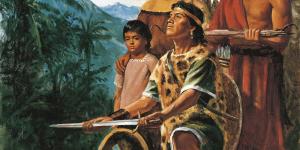 Why Did Converted Lamanites Call Themselves Anti-Nephi-Lehies?
Alma 23:17 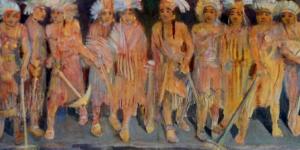 What is the Symbolism of the Stained Swords of the Anti-Nephi-Lehies?
Alma 24:12 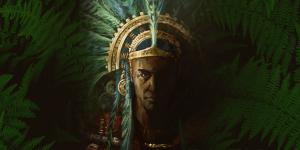 Why Did Ammon Borrow So Much from Tradition in Alma 26?
Alma 26:8 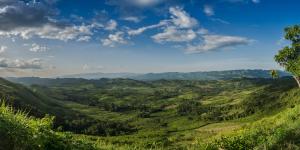 Why Was Jershon Called a Land of Inheritance?
Alma 27:22 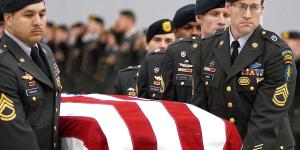 Why Did Fasting and Prayer Accompany Nephite Mourning?
Alma 28:6 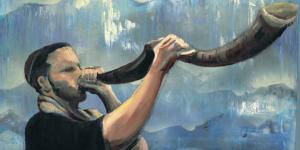 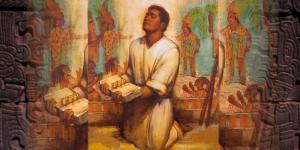 Video: BYUtv Discussions on the Book of Mormon: Alma 22-24. Available at byutv.org

Video: BYUtv Discussions on the Book of Mormon: Alma 25-29. Available at byutv.org.

Chart 35: "Alma as High Priest," in Charting the Book of Mormon.

Chart 91: "Benjamin's Themes Related to Sabbatical and Jubilee Years," in Charting the Book of Mormon.

An entry on the etymology of the word "Anti-Nephi-Lehi."

Kevin Barney summarizes various translation and transliteration theories on the etymology of "Anti-Nephi-Lehi" and proposes his own opinion on the strange word's meaning.

Some interpret the stance that the Ammonites took against war to be pacifist. Some indications point toward this conclusion: their burying their weapons, covenanting never to fight again, allowing themselves to be slaughtered twice, and being motivated in these actions out of love for their Lamanite kin. However, when the text is read more carefully, it can easily be seen that further actions would not necessarily have reflected a pacifist view toward war: not objecting to the Nephite war in their defense, providing Nephite soldiers with food and supplies, and sending their own sons into battle would surely indicate that their personal opposition to war stemmed from the covenants they made during repentance.

Barney compares the story of the Anti-Nephi-Lehies with that of the Theban legion from the 3rd century A.D. When the Theban army was commanded to kill innocent Christians, they adamantly refused and offered up their own lives so that their hands might not be stained with innocent blood. This similarity is not to suggest that Joseph Smith borrowed the tale, but rather to show that people across time and space have valiantly abstained from killing to avoid the stain of their victims' blood.

Grant R. Hardy, "Mormon as Editor," in Rediscovering the Book of Mormon: Insights That You May Have Missed Before (Provo UT: FARMS, 1991).

Hardy analyzes the role Mormon had in the shaping of the text. Like other editors in antiquity, Mormon had additional information and life experiences that influenced the way he shaped the text. Hardy offers insight into how Alma 25 was shaped by Mormon's editing.

Because of the particular way that Mormon crafts the story in Alma 25, it is instructive to analyze different ways that Mormon has constructed and shaped the story of the Book of Mormon.The Book of Mormon contains various colophons and source indicators that signal documents or authors that Mormon and the writers of the small plates used, quoted, paraphrased, or summarized in composing the final text. Some of these headers have been italicized and separated out by the printer; others form an integral part of the text but could as well have been separated and italicized. Mormon’s extensive notation of sources is another set of evidence for the intricate and complex nature of the text and, simultaneously, of the magnitude of Mormon’s work as an ancient editor and historian.

In Alma 27 we learn that the people of Ammon are not required to take up arms and participate in the military. This is perplexing, since it is expected in Ancient Near Eastern society that one should be ready to defend the polity. In the Book of Mormon, Moroni compels even the unwilling people of Zarahemla to military service. Welch explores various possibilities rooted in Jewish law that might enable the people of Ammon to be exempt from military service.

The place-names Cumorah, Jershon, and Zarahemla have possible Hebrew origins.

As in Hebrew biblical narrative, wordplay on (or play on the meaning of) toponyms, or “place names,” is a discernable feature of Book of Mormon narrative. The text repeatedly juxtaposes the toponym Jershon (“place of inheritance” or “place of possession”) with terms inherit, inheritance, possess, possession, etc. Similarly, the Mulekite personal name Zarahemla (“seed of compassion,” “seed of pity”), which becomes the paramount Nephite toponym as their national capital after the time of Mosiah I, is juxtaposed with the term compassion. Both wordplays occur and recur at crucial points in Nephite/Lamanite history. Moreover, both occur in connection with the migration of the first generation Lamanite converts. The Jershon wordplay recurs in the second generation, when the people of Ammon receive the Zoramite (re)converts into the land of Jershon, and wordplay on Zarahemla recurs subsequently, when the sons of these Lamanite converts come to the rescue of the Nephite nation. Rhetorical wordplay on Zarahemla also surfaces in important speeches later in the Book of Mormon.

This short article discusses the etymology and meaning of the name Jershon. In Hebrew, Jershon can mean "place of inheritance." This is particularly insightful as the location is indeed described as a place of inheritance for the people of Ammon.

The place-names Cumorah, Jershon, and Zarahemla have possible Hebrew origins.

John A. Tvedtnes, "The Voice of an Angel," in Book of Mormon Authorship Revisited (Provo, UT: FARMS, 1997).

Tvedtnes explores the incidents where angels show up in the Book of Mormon text, particularly in reference to Alma's conversion story. In Alma 29, Alma speaks of his longing to be like an angel to declare repentance. He is likely harkening back to his memory of the angel that declared repentance unto him.

S. Kent Brown, "Alma's Conversion: Reminisces in His Sermons," in The Book of Mormon: Alma, The Testimony of the Word (Provo, UT: BYU Religious Studies Center, 1992).

Alma uses his conversion experience as a persuasive teaching tool. The three-day period during which he received a visit from an angel and underwent a remarkable change enabled him later to speak from experience as he preached repentance and the cleansing power of the word of God. Not only did he illumine the dark, awful state in which persons find themselves if they do not repent, but he could especially beam light on the indescribable joy that accompanies forgiveness of sin. At base, he sought earnestly that others be born of God as he had been.