Book of Mormon Central / Come Follow Me / Book of Mormon
Gospel Doctrine Lesson #24: Give Us Strength According to Our Faith in Christ

To help class members recognize the importance of honoring their foreordained roles, callings, and priesthood responsibilities and to help them understand that following the counsel of prophets helps us enter into the rest of the Lord. 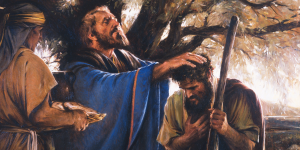 Why Did Alma Talk about Melchizedek?
Alma 13:14 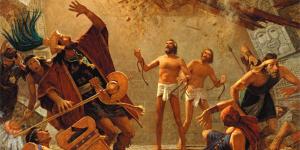 What Kind of Earthquake Caused the Prison Walls to Fall?
Alma 14:29 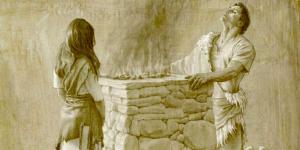 Why Did the People of Sidom Go to the Altar for Deliverance?
Alma 15:17 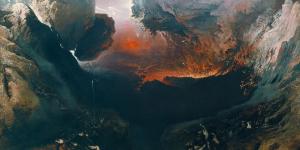 Why Was the City of Ammonihah Destroyed and Left Desolate?
Alma 16:9-11

Video: Discussions on the Book of Mormon: Alma 13-16. Available at BYUtv.org

Professors from the BYU Department of Ancient Scripture discuss Alma's continuing mission to Ammonihah and the important doctrines he teaches there about faith, belief, and the pre-mortal life.

A man of no small reputation in Ammonihah, but he rebeled against God. After being visited by an angel, he helped Alma the Younger preach to the people of Ammonihah and suffered the loss of his family and possessions as a result. He became a powerful missionary, however, and was instrumental in the conversion of Zeezrom.

Robert L. Millet, "The Holy Order of God" in The Book of Mormon: Alma, The Testimony of the Word. Provo, UT: Religious Studies Center, 1992.

John Welch adds context and meaning about Melchizedek’s role in Alma 13 by analyzing various treatments of Melchizedek throughout history. Melchizedek is discussed not only in the Old Testament and the Joseph Smith Translation of the Genesis 14, but also in Jubilees, 2 Enoch, Qumran texts, Philo, and other ancient texts.

Alma’s sermon at Ammonihah includes a remarkable passage (Alma 13:1–9) that contains a main chiasm as well as four shorter chiasms and four alternates. It also uses synonymia, cycloides, repetition, and an important Nephite idiom (rest). In addition, this passage explains the doctrine of the priesthood, the eternal nature of Christ and the priesthood, and introduces the doctrines of a preparatory redemption and the rest of God.

Alma 13 is crowded with themes that recur in Margaret Barker’s books as signs of the preexilic tradition—the Father God, his begotten Son as the atoning one, the council in heaven at the foundation of the world, the Day of Atonement imagery of garments being “washed white in the blood of the Lamb,” angels being sent to “all nations,” judgment, hell, and the second death. This paper highlights a few of her key observations regarding significant divine titles and Messianic expectations and shows how these are reflected in the Book of Mormon.

Dennis A. Wright, "'None Were Greater': A Restoration View of Melchizedek," Ensign (February 1998).

Alma 13 and other Restoration scriptures help us understand the life and role of the prophet-king Melchizedek: that he was a child of faith even though Salem was a wicked place; that he blessed and ordained Abraham; that he kept the storehouse of tithes.

Neal Rappleye, "'The Great and Terrible Judgments of the Lord': Destruction and Disaster in 3 Nephi and the Geology of Mesoamerica," Interpreter: A Journal of Mormon Scripture 15 (2015): 143-157.

The “great noise” in Alma 14 may have been an earthquake in a seismically active area. This study studies and compares various geologic events in the Book of Mormon. Jerry Grover makes an important contribution to this literature as he provides background on geologic processes and phenomena, details the geologic features of the Tehuantepec region (Mesoamerica), and applies this information to not only the description of 3 Nephi 8-9, but other incidents in the Book of Mormon likely connected to geologic events.

In Alma 15:17, one sees the altar as a place of deliverance for the people. Bokovoy notes that in the ancient world, altars were often considered places of deliverance and refuge.

John W. Welch, "The Trial of Alma and Amulek," in The Legal Cases in the Book of Mormon. Provo, UT: Neal A. Maxwell Institute for Religious Scholarship, 2008.

Welch explains the biblical law that provides context for Alma and Amulek's preaching in Ammonihah and its implications. As followers of Nehor, the people of Ammonihah rejected Alma and Amulek and found legal grounds to condemn their preaching under the law. However, despite the people's accusations, Alma and Amulek likewise found ways to accuse their persecutors of not complying with the Law of Moses. Alma is aware of the need for two witnesses and gives testimony concerning his authority and accountability.

Alma 16:9–11 records the utter destruction of the wicked city of Ammonihah by Lamanite soldiers following Alma’s stern warning and call to repentance. Once while Welch was reading the account of Alma’s daring mission into Nehorite territory, it dawned on him why Alma had to go to Ammonihah, as unpleasant as that surely would have been. Several striking but obscure affinities exist between that account and the ancient Israelite law regarding the annihilation of apostate cities. That law is found in Deuteronomy 13:12–16, which would have been well known to Alma, the keeper of the brass plates.

Alma 16 reflects a sacral ideology of war similar to that found both in Israel and in the ancient Near East. Before going into the wilderness to retrieve the Nephites taken captive there, Zoram and his two sons inquired of the high priest Alma. This passage is of interest not only because it reflects the desire of a military leader to consult the Lord (as in the case of ancient Israel, through his priests) before entering battle, but also because the Lord is seen as the moving agent in this military undertaking. The description of the destruction of Ammonihah—which must truly be called annihilation, like the “consecration” in ancient Israel—shocking as it is, squares well with other accounts of what might be called “civicide” (i.e., the annihilation of cities and, sometimes, genocide) from Asian and European annals.

A. Brent Merrill, "Nephite Captains and Armies," in Warfare in the Book of Mormon. Edited by Stephen D. Ricks and William J. Hamblin. Provo, UT: FARMS, 1990.

Alma 16 and the destruction of Ammonihah provide examples of the structure and function of Nephite armies and hierarchy. Nephite armies seem to have been formed from a militia mobilized from the general population. A chief captain of the army (Zoram), rather than the head of state, commanded Nephite armies.

John L. Sorentson, "The Nephite Calendar in Mosiah, Alma, and Helaman," in Reexploring the Book of Mormon: A Decade of New Research. Edited by John W. Welch. Provo, UT: FARMS, 1992.

Alma 16:1 references the reign of the judges, but also "the fifth day of the second month." Sorenson explains the nature of the Nephite calendar system, connecting it with familiar Mesoamerican calendars, and proposing a rough outline for a Nephite calendar.