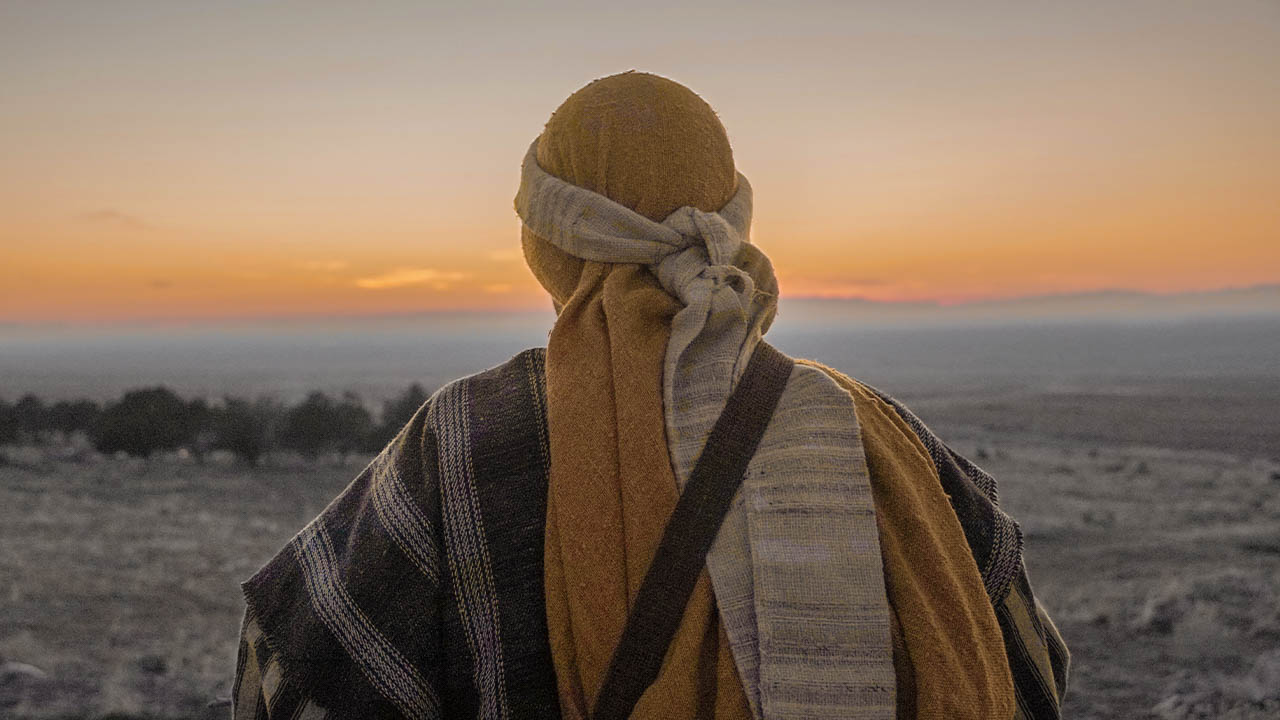 View a new 30-minute film on Abraham, Sarah, and Isaac produced by Book of Mormon Central and Messages of Christ:

For the Book of Mormon Central’s video team, telling the story of Abraham and Sarah was a lofty vision, and almost seemed out of reach. They needed many miracles to be able to pull it off. Daniel Smith, who manages Book of Mormon Central’s video team as well as the Messages of Christ YouTube Channel, decided to put together a team of talented individuals to get the job done.

Taylor Riley became the director and set the vision for the project going forward. Benjamin Griffin came on as producer and helped Taylor in making sure the production went smoothly. Lindsay Haddock helped write the script in less than a week.

Daniel Smith (executive producer) stated, “I wanted to see their story portrayed for several years, and that in essence the stars aligned at the right time to make it happen.” He also said, “I wanted to make sure the story of Sarah was told, and that her emotions and heartache could be depicted, even though not recorded in scripture.”

Think of this short film “Abraham & Sarah” as a mashup between The Chosen produced by Angel Studios and “The Christ Child” produced by the Church of Jesus Christ of Latter-day Saints. The creators of the film used the Bible accounts as a basis for the script, but did not constrain themselves to the text, in order to tell the stories in a relatable way.

Benjamin Griffin (producer/writer) said, “As we went through the process of developing the script, we established early on that this story needed to be real. We tried to read between the black words on the white pages and put ourselves in the character’s shoes. We tried to look at all possible angles to tell the story effectively. During the writing process, we would often sit back and ask questions like, “how would Sarah have reacted to the news that Abraham would need to sacrifice Isaac?” This train of thought led us to make creative decisions that would progress the story in a way that would convey the powerful human emotions to our viewers.”

The creators want nothing more than for the viewers to have a personal, spiritual experience and think more deeply about this story. The story begins with Abraham’s plea to God that he and Sarah can have children. The film then takes you on a journey through the birth of Ishmael, the visit from the three holy men, Isaac’s birth, and then culminates with the moment where Abraham and Isaac go to Mount Moriah to perform the sacrifice.

The fact that this film was produced in such a short period of time is a miracle in and of itself. The creators began pre-production, casting, location scouting, and script writing in mid-January. The amazing cast and crew filmed on site in Oak City Utah in frigid temperatures for two full days, and it took them two more weeks to edit the final cut and get it published on Valentine’s Day.

Taylor Riley (director/writer) said, “There was no way that we could have done this size of a production in less than a month, without the hand of God. From the beginning, I knew God wanted us to contemplate the lives of our father Abraham and mother Sarah. With this reminiscing spirit throughout the entire process, I think we all learned how this family not only has blessed the entire world, but each one of us individually.”

God’s hand was unmistakably a huge part of making this production come to life, and we hope that our viewers can feel the love of the Lord and see parallels into their own lives through seeing a possible lens into the lives of Abraham and Sarah.