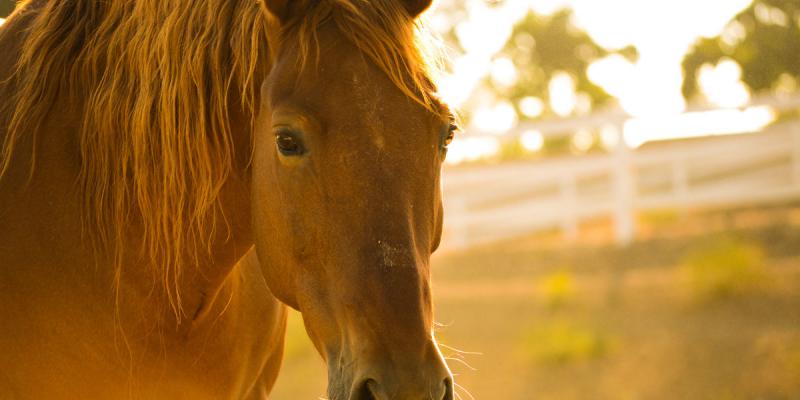 The Book of Mormon mentions that horses were known and used by the Jaredites and the people of Lehi. Some people believe that references to horses are out of place since it is widely believed that they were extinct long before Book of Mormon times. In light of this view, Latter-day Saints have approached this question in one of two ways. The first is to note growing evidence for the survival of ancient pre-Columbian horses. A second approach is to view such references as a possible example of what linguists call loan shift, in which Lehi's family may have applied a familiar name to an unfamiliar animal. This article will discuss evidence for the actual survival of horses.

Historical Perspective on the Question

It was once widely believed that there were absolutely no horses in the Americas until the European arrival in the late fifteenth century.1 After the Book of Mormon was published, evidence for pre-Columbian horses was found, but their fossils dated much earlier than Book of Mormon times. Encouraged by these discoveries which refuted that earlier view, Latter-day Saints reasoned that future investigation and research would likely yield additional evidence that horses survived into later historical times.

Interpreting References to Horses in the Text

Horses are mentioned during an early time of prosperity among the Jaredites (Ether 9:18). They were also among the animals found upon the land of promise when Lehi’s family first arrived (1 Nephi 18:25), and they are occasionally mentioned among the Nephites and Lamanites until the time of Christ (Enos 1:21; Alma 18:9–10; 3 Nephi 3:22; 6:1). The Book of Mormon only discusses matters which occurred within the lands of direct concern to its writers, a region limited to no more than a few hundred miles. This means that the issue is not whether horses became extinct in the Americas, but whether some horses survived into recent historical times. The single reference to horses among the Jaredites in the land northward is followed by a devastating period of drought just a few generations later in which many animals are said to have died or fled elsewhere (Ether 9:30–35). In the land southward there are no references to horses after the time of Christ and the destructive events in 3 Nephi 8–10. These passages could suggest that horses were relatively limited, both numerically and geographically, and that they may have become rare or even extinct among the people of Lehi after that time.

Challenges in the Study of Ancient Animal Remains

Unlike many other questions, the study of ancient animal remains poses some significant challenges to those who are interested in reconstructing the past. Very few animal remains ever survive compared to what once existed, and even fewer of those that do survive are ever located, correctly identified, dated, and made available for future study. This is due to a variety of factors, including what ancient people did with the animals after they were dead, environmental conditions of the soil, choices of modern researchers about where to dig, research interests, reporting, and conservation of fossils.

These factors may help explain why, even in regions where horses were culturally important and very numerous, few bones have survived. The sparse number of horse bones found in the lands conquered by the Huns of Central Asia and Eastern Europe, provide one such example. In this case, “The presence of horses among the Huns is not the issue. The crux of the problem is the presence of large numbers of horses, numbers suitable for sustaining nomadic life and ensuring the mobility, speed, and range of a nomadic life.”2 The Book of Mormon gives no indication that horses ever achieved an importance comparable to the Huns, so we should not be disturbed that it may be difficult to locate remains of the relatively few horses mentioned by the Nephite writers.

Evidence from Native American Knowledge and Linguistic Evidence for Horses

While a majority of scholars at present hold to the view that all horses became extinct in the Americas by about 8000 B.C., others, for a variety of reasons, question this theory of total extinction. Some note, for example, the early and remarkably rapid increase in horse populations following the European arrival in the Americas, which seems difficult to reconcile with currently accepted theories of total extinction. Also, Native American traditions and folk knowledge from North America, including Mexico, seem to preserve memories of the survival of the horse into recent historical times. Some Native American scholars contend that the standard interpretation of the extinction of the horse after the Ice Age was based upon and continues to reflect a myopic, Euro-centric bias. This bias tends to dismiss Native American accounts and traditional knowledge that the horse survived and that it played a significant role in the First Peoples’ cultures long before European arrival.

The strength of the bias against this possibility is evident even in cases where scholars have found support for late survival. One researcher found words for horse in all three Proto-Yuman language groups spoken by peoples of southern-most California and Arizona. This linguist noted that his reconstruction for the word was of first-order validity, but noted that since a similar word for chicken could also be reconstructed, those findings could not be relied upon since both horses and chickens were already known to have been absent from the Americas at this time. The subsequent discovery of pre-Columbian chickens in the Americas suggests that such conclusions may have been premature.3

Challenges in the Location, Identification and Dating of Animal Remains

Reliable carbon dating is an essential element in the study of ancient past life, but the location, correct identification, and dating of horse and other ancient animal remains can pose significant challenges that are not always understood or appreciated.

First, only a tiny fraction of the remains of past animal life survive over time, and what does eventually survive is not always an accurate representation of what once existed or was known and used by man. Factors beyond the control of the archaeologist include animal behavior and how ancient humans used and disposed of animals.

Second, those remains that do survive the destructive conditions of climate and soil may be difficult to identify. Data on bones mentioned in archaeological reports can be unclear or may not contain enough information in relation to associated archaeological material to reliably determine the correct historical context. Moreover, fossils which the researcher is able relocate for examination may not contain enough collagen for scientific testing.

In spite of these challenges, accurate information can be obtained, but it often takes time, patience, and persistence.

The last available dates obtained for a particular type of animal are not the same as the species’ final extinction date, though they are sometimes erroneously taken to be one and the same. This means that horse fossils discovered in a particular region may or may not be representative of the number of horses that once existed in that region. Also, as a species begins to die out before total extinction, it becomes less and less likely that the remains of its declining population will ever be located. Some species have been known to persist hundreds, and even thousands, of years past their previously presumed extinction dates. And the remains of small, isolated herds of animals could easily go undetected due to destructive environmental conditions and the inability of archaeologists to locate them.

In 2009, a team of archaeologists announced the discovery of organic DNA material in pre-Columbian horse remains preserved in the permafrost of the Yukon region of Alaska. Previous work based on remains of fossilized bones indicated that the horse had survived in Alaska until about 10,000 B.C. However, DNA testing on this new material dated these remains to 5,600 B.C.—thousands of years later than was generally believed.4 It is unusual and very rare, however, to find such genetic material preserved. In a more southerly temperate or tropical environment, the genetic material would be much less likely to survive and be available for study.

In spite of these challenges, efforts to obtain scientifically reliable dates on the pre-Columbian horse and other animals is ongoing and has so far yielded evidence which supports the case for late survival. These include radiocarbon dates for horses after the Late Pleistocene (8000 B.C). Additional reliable dates and their anticipated publication in scientific venues will of course be needed in order to change the currently prevailing understanding. In the meantime, however, readers of the Book of Mormon have good reasons to be confident that ongoing research and future discoveries will continue to increase our understanding of the horse consistent with the account in the Book of Mormon.

“Horses in the Book of Mormon,” FairMormon Answers, online at fairmormon.org.

On the term horse as an example of loan shift, see Brant A. Gardner, “Anachronisms in the Book of Mormon,” in A Reason for Faith: Navigating LDS Doctrine and Church History, ed. Laura Harris Hales (Salt Lake City and Provo, UT: Deseret Book and Religious Studies Center, Brigham Young University, 2016), 33–43.

On Native American traditional knowledge of the horse, see Yvette Running Horse Collin, “The Relationship Between the Indigenous Peoples of the Americas and the Horse: Deconstructing a Eurocentric Myth (Doctoral Dissertation: University of Alaska Fairbanks, 2017). 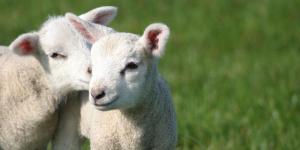 Why did the Nephites Sacrifice the Firstlings of Their Flocks?