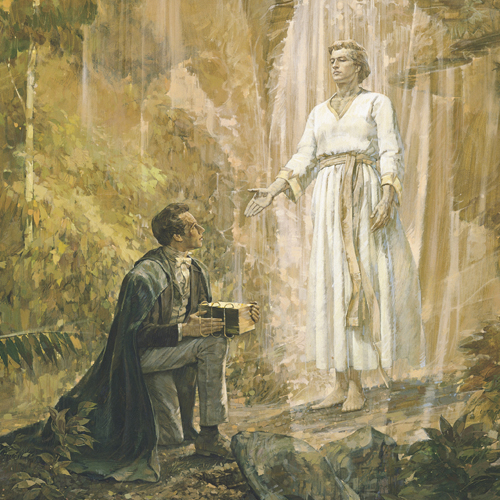 a set of plates having the appearance of gold.

Check Out our Upcoming Projects!

As part of Moroni Day, Book of Mormon Central showcased our current projects, as well as ones that are in development.

With your help these exciting projects will help us change the world with the Book of Mormon.

If you have enjoyed using Book of Mormon Central for your studying or teaching needs, considering donating and becoming part of this exciting movement.

Book of Mormon Central has tens of thousands of followers and subscribers on our various social media and internet channels, but our reach outside of English-speaking populations is minimal. We hope to reach the ever-expanding populations of Latter-day Saints in non-English speaking countries. In order to reach the world, we need to translate our vast body of content into various languages and dialects. We have begun translating some material into Portuguese and Spanish, but your donation could help us further our reach. While Spanish and Portuguese make up a large part of non-English speaking Latter-day Saints, there are thousands upon thousands of Latter-day Saints across the globe who are left without uplifting Church and scripture materials because their languages are in the minority and often take a lower priority. Help us reach the world by donating to our International Outreach project.