Book of Mormon Central / Come Follow Me / Book of Mormon
Gospel Doctrine Lesson #47: To Keep Them in the Right Way

To increase class members’ understanding of gospel ordinances and of the need to strengthen one another. 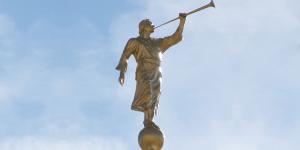 Why Did Moroni Deliver the Plates on September 22?
Joseph Smith—History 1:59 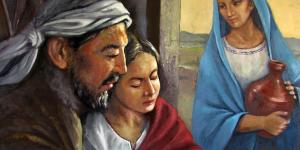 Why Will God Turn the Hearts of the Fathers to the Children?
3 Nephi 25:6 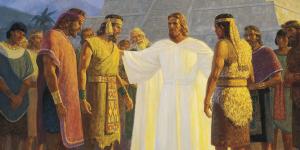 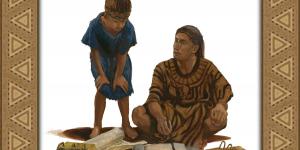 Why is the 10-Year Peace Treaty Important?
Mormon 3:1 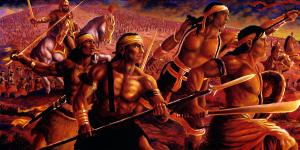 How Could So Many People Have Died at the Battle of Cumorah?
Mormon 6:14 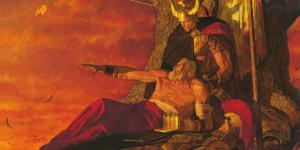 How Did Mormon React to Seeing His People Slain?
Mormon 6:17 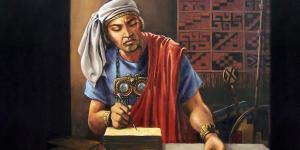 Why Did Moroni Write So Many Farewells?
Mormon 8:1 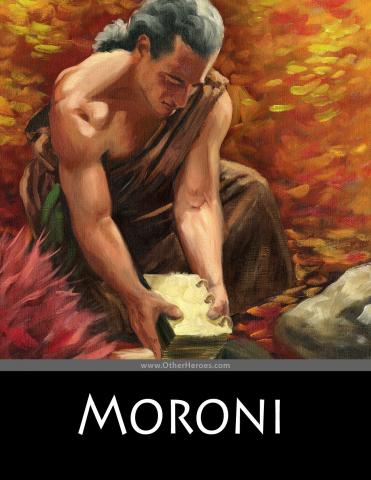 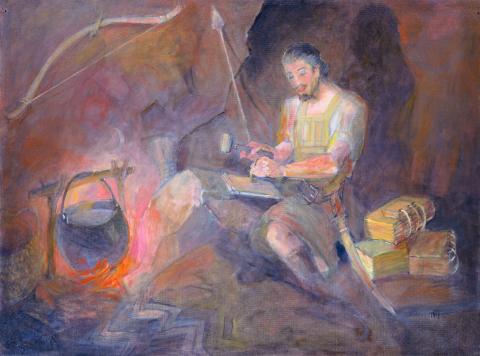 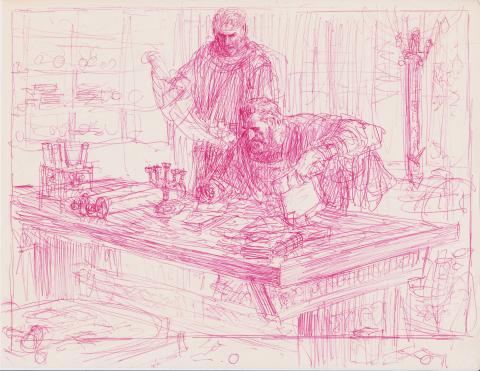 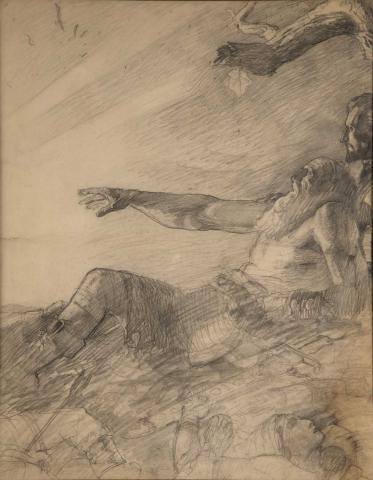 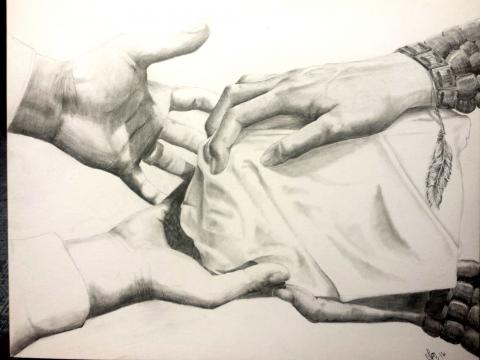 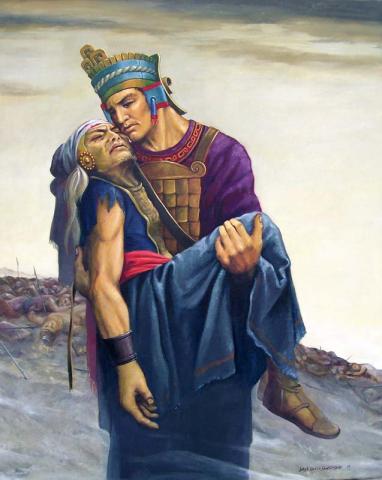 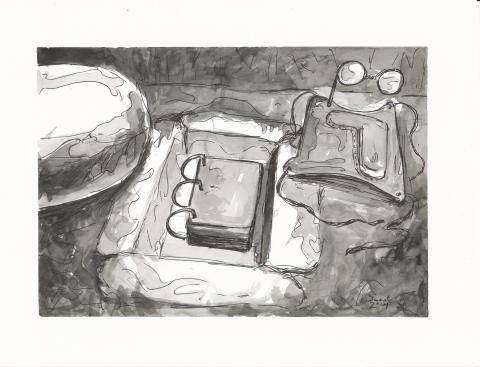 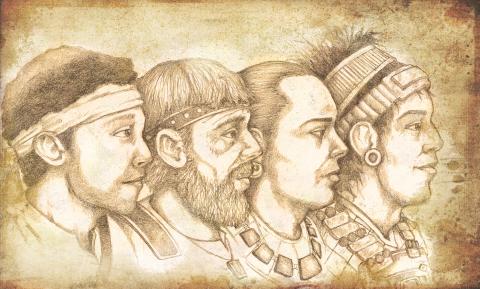 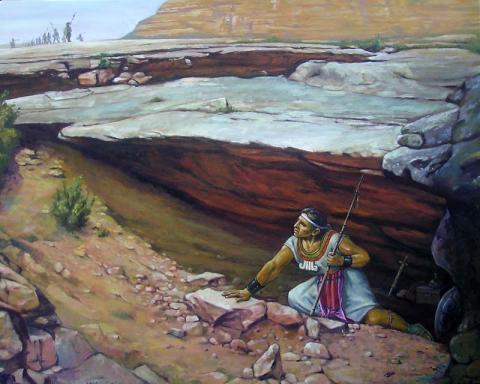 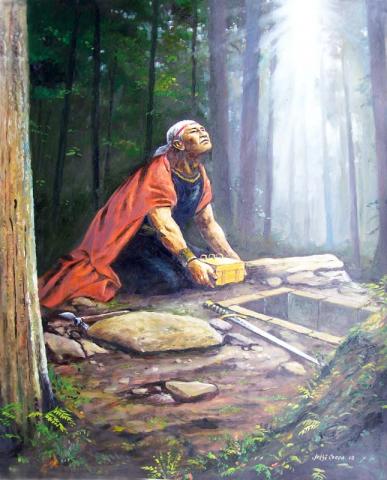 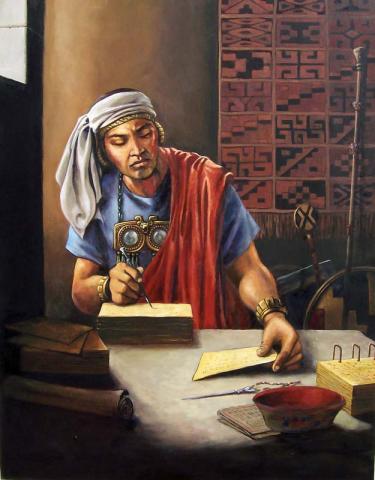 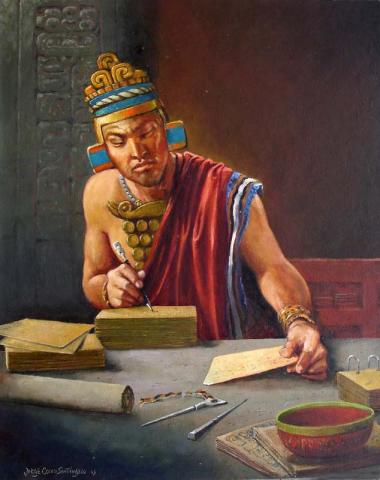 Encyclopedic entry on the last Nephite prophet, Moroni, in his role as an angel of the Restoration.

Encyclopedic entry on the visits of the angel Moroni to Joseph Smith and others during the Restoration of the gospel.

Butler, John M. "The 'Author' and the 'Finisher' of the Book of Mormon." In The Book of Mormon: Fourth Nephi Through Moroni, From Zion to Destruction, edited by Monte S. Nyman and Charles D. Tate, Jr., 61-68. Provo, UT: Religious Studies Center, Brigham Young University, 1995.

In the Church we speak of Jesus Christ as the author and finisher of our faith. This paper examines and compares Mormon as an “author” and Joseph Smith as a “finisher” of the Book of Mormon. Perhaps no other prophet personifies the preparation and achievements of Joseph Smith better than the prophet Mormon. He was a type for the Prophet Joseph—foreshadowing Joseph’s life and important mission.

A man of God to the end, Mormon the general knows that salvation cannot come by the sword but only through repentance and faith in Christ. Mormon ends his mortal ministry with his stirring testimony of Jesus and leaves his life’s work, his abridgment of the large plates of Nephi, the Book of Mormon, in the hands of his son, Moroni.

This paper provides a thorough overview of what we know about the prophet Moroni. It discusses his possible upbringing, the origin of his name, his roles as church leader and military commander, and his most important role as abridger of the plates. The paper also discusses Moroni's influence in the Latter-days, from his presence in the Restoration, and his various travels across the Americas.

In this volume, nine Latter-day Saint scholars each address the question of Book of Mormon authorship from a different approach. The tests of authenticity they employ rely on analytical techniques borrowed from such diverse disciplines as history, literature, statistics, and ancient Near Eastern studies.

Tvedtnes, John A. "Hidden Records." In The Most Correct Book: Insights from a Book of Mormon Scholar, 25-28. Salt Lake City: Cornerstone Publishing, 1999.

Although perceived as an anomaly and a fabrication by scholars of his day, recent discoveries have vindicated Joseph Smith’s account of a record written on gold plates and buried in the earth in a stone box. Indeed, the practice now appears to have been common among the cultures from which the Book of Mormon peoples derived.

While many view Mormon as a passive compiler in creating the Book of Mormon, this article shows the different ways that he and Moroni actively interact with the sources. They even author entire chapters throughout the Book of Mormon in providing commentary on the narrative.

This paper explores several relationships between the texts in Moroni 2–6 and the words and deeds of Jesus in 3 Nephi 18. This study demonstrates that these instructions and procedures in Moroni 2-6 were rooted in the words and deeds of the resurrected Jesus in 3 Nephi 18, as he administered the sacrament, gave instructions to his disciples, and conferred upon the twelve the power to bestow the gift of the Holy Ghost.

Gee points out several passages about Christ's ministry that Moroni quotes that aren't found elsewhere in the Book of Mormon and come after Mormon's death. Moroni’s quotations might come from a remarkable memory (the parallel quotations from Moroni 7:33 and 10:23 might indicate that), but they may also have come from the sealed portion of the plates that he had.

In an interesting and unique approach, Thomasson shows that Moroni and other Book of Mormon authors demonstrate similar human reactions to those that experience horrific traumas. Survivors of Hitler's death camps seem to react in similar ways to Book of Mormon authors, who also witnessed human atrocities and genocide.

Even though the Latter-day sacrament prayers are recorded in D&C 20, they first appear in the Book of Mormon. They appear in Moroni 4-5, as well as in 3 Nephi 18. A detailed relationship exists between Mosiah 5, 3 Nephi 18, and Moroni 4-5, and all three texts should be viewed together in minute detail.

Feast Upon the Word notes on Gospel Doctrine Lesson #47