Book of Mormon Central / Come Follow Me / Book of Mormon
Gospel Doctrine Lesson #28: The Word Is In Christ Unto Salvation

To help class members understand that the word of God will lead them to Jesus Christ and to encourage them to “nourish the word” in their hearts (Alma 32:40). 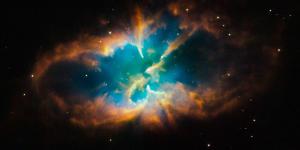 Why Did Alma Use Creation Imagery in His Sermon on Faith?
Alma 32:40 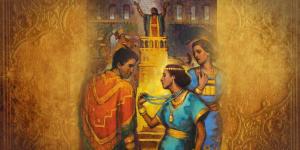 What Are the Nephite Articles of Faith?
Alma 33:22 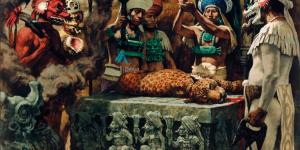 Why Must There be an Infinite and Eternal Sacrifice?
Alma 34:12

Video: BYUtv Discussions on the Book of Mormon: Alma 33-35. Available at BYUtv.org

Chart 42: "Nephite Declaration of Faith" from Charting the Book of Mormon.

Chart 43: "Consistent Elements in Nephite Declarations of Faith" from Charting the Book of Mormon.

Alma 32 is a learned text on the topic of faith. The account incorporates creation imagery from the opening chapters of Genesis. Alma’s sermon follows a theological pattern in the Hebrew Bible where creation is used to encourage audiences to exercise
faith in the present by considering the primordial past.Alma compares the “word of God” unto a seed, telling his audience that they are to be involved with “planting.” Thus, Alma’s sermon combines the two distinct creation views in the Genesis narratives, for God speaks the divine word in order to create in Genesis 1, and he plants seeds and trees to create his garden paradise in Genesis 2–3. By invoking the miracle of creation in the past into a present context of seed growth and recreation, Alma encourages his readers to fulfill the measure of their own creation by experimenting upon the divine word. Obtaining the type of faith Alma describes is therefore the very purpose of human existence, and it has been from the beginning.

In this collection of essays, six scholars theologically examine Alma chapter 32 in the Book of Mormon, which contains some of the most insightful verses about faith in the entire Latter-day Saint canon. Not only do these scholars shed new light on Alma 32, they also provide exemplary models for improved scripture study more generally.

This short essay compares the cultivation of watermelons and Alma 32. The author expresses his own experience with growing watermelons to expound on the teachings found in Alma 32 on faith.

In a more devotional approach, Sorenson discusses the doctrines that Alma teaches about faith. The beauty of Alma's message is preserved in Mormon's abridgement through the metaphor of the planting and nourishing of the seed of God's word.

In an address from 1995, Virginia Pearce expounds on the doctrine of faith found in Alma 32. Alma's metaphor of the seed creates a vivid image for those learning about the nature of faith.

Kristian Heal points out that the story of Moses and the brazen serprent comes up in the Book of Mormon several times. However, in 1 Nephi 17 and Alma 33, the story is expanded from what we read in the King James Bible. It is from Alma 33 that we learn that those that did not look at the serpent did indeed perish.

Hoskisson explains the Hebrew game called atbash and how it is used to craft literary devices. He uses this understanding to approach Alma 14 and 33 in a new light. Namely, Hoskisson proposes that because of the potential Hebrew literary device, instances of the word "records" may refer to copies of the holy scriptures.

In Alma 33, Alma and Amulek refer to the prophet Zenos in their preachings. This article is an encyclopedic entry on what is known about the elusive Biblical prophet Zenos.

Skousen points out a significant variant in the text of the Book of Mormon in Alma 33:21. Where the verse reads "healed" it should read "behold" in the Original Manuscript, referring to the brazen serpent in Deuteronomy.

John A. Tvedtnes and Matthew Roper, "Scriptural Insight: Do Not Procrastinate the Day of Your Repentance," Insights 20, no. 10 (2000).

Alma 34:32-34 explains that one ought not to procrastinate the day of one's repentance. While this seems to contradict the doctrine that one can still accept the gospel of Jesus Christ in the world to come Tvedtnes and Roper provide an insightful reading of the passage to clarify the seeming contradiction.

The peculiar phrase "seal you his" is found in Alma 34:35 and seems to be grammatically awkward, as the verb "to seal" does not usually take a possessive personal pronoun as its direct object. John Gee provides an ancient Near Eastern perspective that may help to illuminate the phrase's original meaning in light of ancient Mesopotamian seals.

Mark A. Wright and Brant A. Gardiner, "The Cultural Context of Nephite Apostasy," Interpreter: A Journal of Mormon Scripture 1 (2012): 25-55.

In Alma 34 we see the repercussions of the Zoramite dissensions. Nephite apostates turned away from true worship in consistent and predictable ways throughout the Book of Mormon. A Mesoamerican setting provides a plausible cultural background that explains why Nephite apostasy took the particular form it did and may help us gain a deeper understanding of some specific references that Nephite prophets used when combating that apostasy. Wright and Gardiner propose that apostate Nephite religion resulted from the syncretization of certain beliefs and practices from normative Nephite religion with those attested in ancient Mesoamerica.