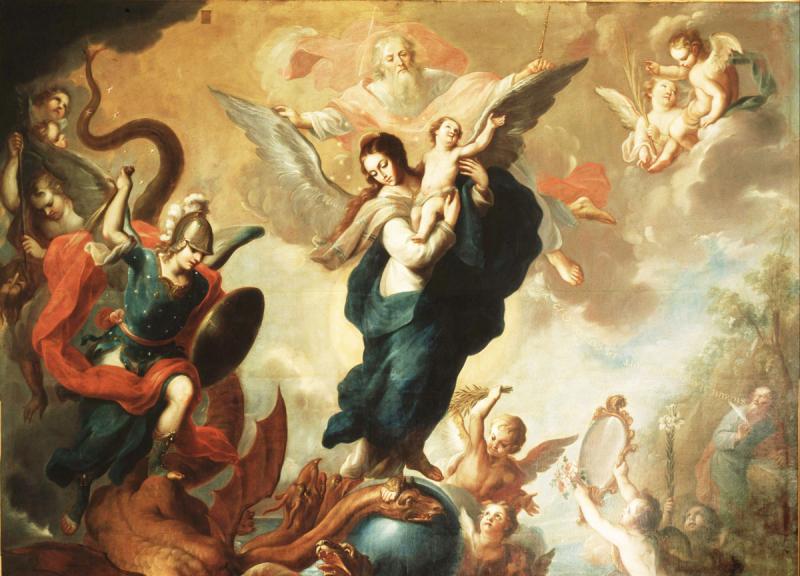 As discussed in our December 10th Come, Follow Me blog post by Jasmin Gimenez, the Book of Mormon prophet Nephi recorded a panoramic vision of future events (1 Nephi 11–14). However, Nephi was instructed to not record the conclusion of his vision. This is because, according to his angelic guide, this portion of the vision would later be written by John, one of the “apostles of the Lamb” (1 Nephi 14:20–27). Because Nephi’s vision fits well into the “apocalyptic” genre of sacred literature, to which the Book of Revelation also belongs, great insights can be gained by studying the two visions together.

As readers explore chapters 12–22 of John’s Apocalypse, they will find that Nephi’s writings can frequently help them understand its symbolic message. Furthermore, it is noteworthy that other ancient prophets and inspired authors were given similar insights into the Lord’s unfolding plan for His mortal children. This “apocalyptic” imagery can be found, for example, in the words of the prophet Isaiah and also in the Psalms, as will be illustrated below.

A close study of 1 Nephi 11–14, Isaiah 65–66 (among other chapters), Psalm 2 (and other psalms), and various chapters in the Book of Revelation reveal that there are many parallel themes and images that run through them. Some of the many similarities include:

From this comparison, it appears likely that these various scriptural passages are describing a similar revealed view of future events. Reading the vision of Nephi, with its clear and straightforward prose, along with the additional witnesses from Isaiah and the Psalms (and other similar passages), can help readers understand the meaning and significance of some of the more obscure symbolism from the Book of Revelation.

For example, we may begin with the imagery of the woman in labor who gives birth to a son in Revelation 12:1–6. Setting aside the astronomical symbolism,4 the woman “with child … travailing in birth” (v. 2) is a common symbol in ancient scripture. Isaiah 66:7–13 states: “Before she travailed, she brought forth; before her pain came, she was delivered of a man child.” The Lord then continues on to illuminate the meaning of this symbol: “Who hath heard such a thing? who hath seen such things? Shall the earth be made to bring forth in one day? or shall a nation be born at once? for as soon as Zion travailed, she brought forth her children” (Isaiah 66:8). God’s purpose in painting this picture of the woman giving birth is to show Israel that, like a loving mother, He will yet deliver and give comfort to His children (Isaiah 66:9–14).

Thus, in Isaiah, the woman represents Jerusalem/Zion5 and the child is Israel redeemed and gathered back to her. This roughly correlates with Joseph Smith’s inspired version of Revelation 12, which indicates that the woman represents “the Church of God” and the child is “the kingdom of our God” on earth, but also “Christ” (JST, Revelation 12:7). If we take into consideration prophecies like Isaiah 7:14 and 9:6, and those in Micah 4–5, which also feature the imagery of the pregnant woman and birth of her son, it is apparent that this symbolism can represent both the returned remnant of Israel and also the messianic King who redeemed them. The birth imagery in Psalms 2:7, 89:26–27, and 110:3 depict quite clearly the begetting of God’s Messiah.

Turning now to Nephi’s vision, we see that the angel tells Nephi explicitly that the virgin he is shown “is the mother of the Son of God, after the manner of the flesh” (1 Nephi 11:18). The child she bears is “the Lamb of God, yea, even the Son of the Eternal Father” (1 Nephi 11:21). If readers analyze the surrounding verses, they will note that the Virgin and her Son are visually linked to other images: Jerusalem and other cities (v. 13), the Tree of Life (v. 21), and the love of God (vv. 22, 25). These diverse symbols are various expressions of “the love of God, which sheddeth itself abroad in the hearts of the children of men,” much like what Isaiah saw in his vision. Nephi would ultimately explain to his brothers how his vision was related to the words of Isaiah, and how both demonstrated God’s plan for “the restoration of the Jews, or of the house of Israel” (1 Nephi 15:20). Additionally, as stated previously, Nephi also revealed that his vision was essentially the same as that which the apostle John would later share in the Book of Revelation (1 Nephi 14:18–28).

Space will not allow for an analysis of each of the images presented in the chart above. It serves as a guide for those interested in further exploring the expansive symbolism found in the Book of Revelation. As can be seen, symbols found in Revelation such as “the great whore that sitteth upon many waters … the mother of harlots” are not unique to that vision but similar imagery can be found in 1 Nephi and many Old Testament passages. Similarly, the use of images such as the Tree of Life and the Rod of Iron is not limited to Lehi and Nephi in the Book of Mormon, but these symbols are also employed by Isaiah, John, and other biblical authors.6

As we seek to truly feast upon the Word of God, this type of careful study of the intertextual use of parallel symbols throughout Holy Scripture can reap a bountiful harvest. Reading the Scriptures in this way helps us appreciate and understand the Lord’s words to Nephi in 2 Nephi 29 in which He declared that “the testimony of two nations [or two prophets] is a witness unto you that I am God” (2 Nephi 29:8). This is why the Lord usually reveals his truths to more than one prophet, as we have seen with the examples here. The multiple prophetic witnesses serve to confirm the veracity of the doctrine or principle.

The Lord meant for the Bible and Book of Mormon to be studied together. As He foretold, “when the two nations shall run together the testimony of the two nations shall run together also,” so that “my word also shall be gathered in one” (2 Nephi 29:8, 14). When the Bible and Book of Mormon are studied together, as illustrated here, they “shall grow together, unto the confounding of false doctrines and laying down of contentions, and establishing peace” (2 Nephi 3:12), not only between individuals but within our own mind as we continue to seek to understand the revelations of God. 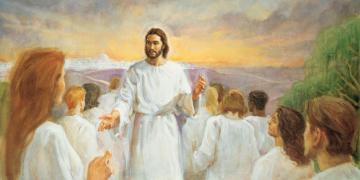 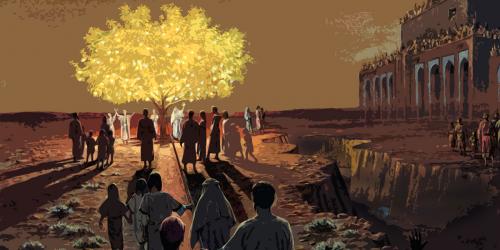 How Are Rod and Sword Connected to the Word of God?
KnoWhy #427 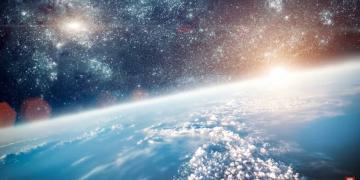