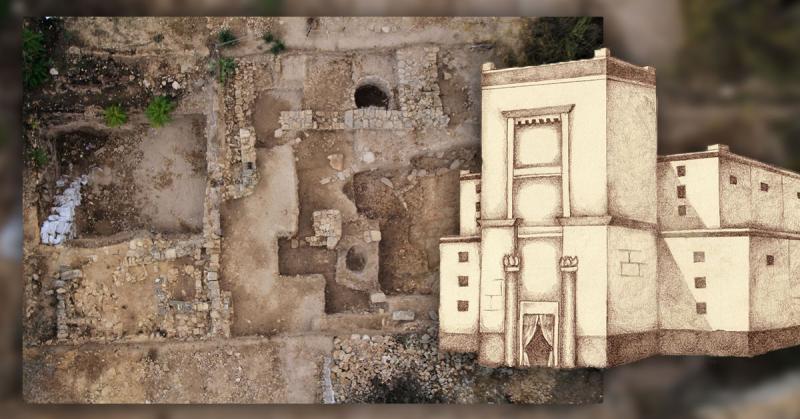 Aerial view of Tel Motza and drawing of Nephi's Temple by Jody Livingston.

The Book of Mormon reports that Nephi and his followers built a temple “after the manner of the temple of Solomon save it were not built of so many precious things” upon their arrival in the land of promise (2 Nephi 5:16). As explored in a past KnoWhy (#31, “Did Ancient Israelites Build Temples Outside of Jerusalem?”), the Book of Mormon was criticized during Joseph Smith’s lifetime for this depiction of ancient Israelites building a temple outside of the city of Jerusalem. However, archaeological discoveries made long after the lifetime of Joseph Smith have confirmed that multiple Israelite temples were anciently constructed outside of Jerusalem, thus vindicating a claim made in the Book of Mormon that was once thought to be absurd.

The new January/February 2020 issue of the Biblical Archaeology Review (Vol. 46, No. 1) features an article (“Another Temple in Judah!”) by Shua Kisilevitz and Oded Lipschits of Tel Aviv University. Their research reinforces earlier discoveries and bolsters the Book of Mormon’s depiction of ancient Israelites building temples outside of Jerusalem. “In 2012, archaeologists from the Jerusalem District of the Israel Antiquities Authority (IAA) made a jaw-dropping discovery that is still puzzling archaeologists and biblical scholars,” write Kisilevitz and Lipschits. “They discovered a temple at Tel Moẓa, less than 4 miles northwest of Jerusalem. It apparently stood, operated, and welcomed worshipers throughout most of the Iron Age II, from its establishment around 900 B.C.E. until its demise sometime toward the end of the Iron Age (early sixth century B.C.E.).”

As if echoing earlier cries of incredulity, Kisilevitz and Lipschits rhetorically ask, “But what is a temple doing at Tel Moẓa during this period, when the Bible says the only temple in Judah was in Jerusalem?! Could a monumental temple really exist in the heart of Judah, right outside Jerusalem?” As they explain at length in their article, the answer is clearly yes. Despite the reforms of the Judahite kings Hezekiah and Josiah that saw the centralization of temple worship in Jerusalem (2 Kings 18, 23; 2 Chronicles 29–31, 34–35), Kisilevitz and Lipschits’ “analysis of the archaeological finds and biblical texts clearly demonstrates that the temple at Moẓa conforms to ancient Near Eastern religious conventions and traditions and to biblical depictions of cult places throughout the land.” From the available evidence, “it has become clear that temples such as the one at Moẓa not only could but also must have existed throughout most of the Iron II period [circa 1000–550 BC] as part of the official, royally sanctioned religious construct. Indeed, the temple at Moẓa is not an anomaly at all; rather, it is the exception that proves the rule! Simply put: Despite the biblical narratives describing Hezekiah’s and Josiah’s reforms, there were sanctioned temples in Judah in addition to the official temple in Jerusalem.”

That the temple at Tel Moẓa was a legitimate Israelite temple “after the manner of the temple of Solomon,” as it were, can be seen from a number of clues. The most obvious is its architectural design and layout. As Kisilevitz and Lipschits write,

The temple complex has an east-west orientation and consists of a courtyard and a large rectangular building. It has the conventional in antis north Syrian-style temple plan, which prevailed in the ancient Near East from the third millennium B.C.E. and became typical of temples in the southern Levant as early as the second millennium B.C.E.—including the Late Bronze Age temples at Hazor (Areas A and H), the temples at ‘Ain Dara and Tell Ta‘yinat in Syria, and also Solomon’s Temple as described in the Bible. This plan consists of a long room, usually segmented into two spaces. A smaller “holy of holies” was located at the back, where the central object of worship—often a statue—was placed, while a larger forward chamber was connected to a front portico, with two columns flanking the entrance. (Emphasis added)

The archaeological assemblage found at the site indicates that the temple was in continuous use for several centuries and was not religiously or culturally abnormal for the time and place. The site also functioned as a granary and played an important role in the local economy. “The community maintaining the granaries at Tel Moẓa depended on agricultural success for their livelihood (i.e., ample rainfall, fertility of the land, and a bountiful harvest) and likely sought it out by worship of the god(s). The construction of a central cult place with regulated worship dedicated to this purpose is a natural progression for a growing community.”

As Kisilevitz and Lipschits elaborate, “Since Tel Moẓa functioned as a granary throughout the Iron Age II, becoming a royal granary catering to Jerusalem and part of Judah’s larger economic framework by the eighth century B.C.E., it seems that the construction of the temple—and the worship conducted in it—were related to its economic significance. The economic and administrative functions of the site are, in fact, the very reason the temple existed!” Interestingly, this image of the community at Tel Moẓa and the construction of its temple appears to parallel the depiction of the nascent Nephite community in 2 Nephi 5. The building of Nephi’s temple in v. 16 is framed in the context of a burgeoning early Nephite economy that saw agricultural, architectural, and religious development (vv. 8–15, 17), as well as the formalization of the institution of Nephite kingship (v. 18).

It is unclear who exactly constructed the temple near Jerusalem at Tel Moẓa. “[W]ere these people associated with the rise of Jerusalem and the emergence of the Kingdom of Judah?” ask Kisilevitz and Lipschits. They “suggest that the Tel Moẓa temple was the undertaking of a local group, initially representing several extended families or perhaps villages that banded together to pool their resources and maximize production and yield. As they grew and expanded, so did their site, which eventually grew to house a cult place, constructed and established as a monumental temple.” Once again, the parallels with the description of Nephi’s early community in 2 Nephi 5 cannot be missed.

While additional excavations planned for 2020 and 2021 will hopefully answer lingering questions by filling in remaining gaps in the archaeological record, for now it appears that “when it was constructed, the Moẓa temple was likely the undertaking of a local group, but by the Iron IIB period [circa 900–580 BC], it was clearly under Judahite rule and must therefore have been royally sanctioned by the realm.”

In addition to shedding new light on the evolution of ancient Israelite religious and administrative practice, the discoveries at Tel Moẓa also shed important light on Nephi’s temple and answer what was previously seen as a problematic claim made in the Book of Mormon. The trend of finding archaeological confirmation for the Book of Mormon’s claims continues along unabated into the new decade. 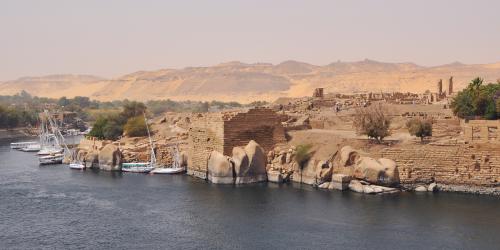 Did Ancient Israelites Build Temples Outside of Jerusalem?
KnoWhy #31 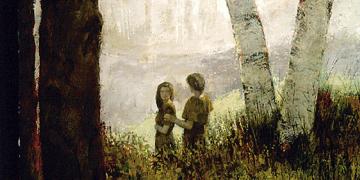 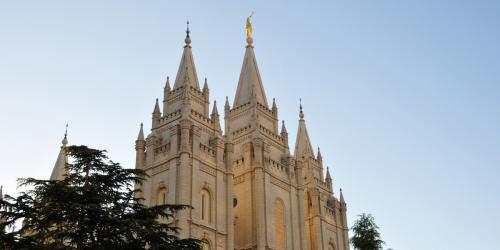 What Does the Book of Mormon Teach about the Temple?
KnoWhy #309 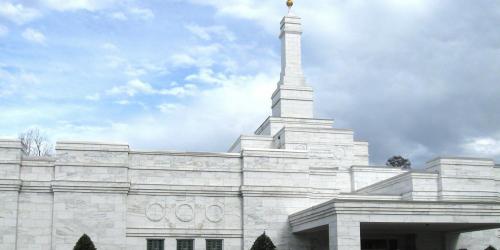 Why is Joy Associated with Temple Work in the Scriptures?
KnoWhy #372 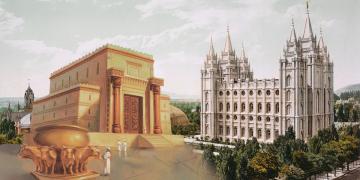