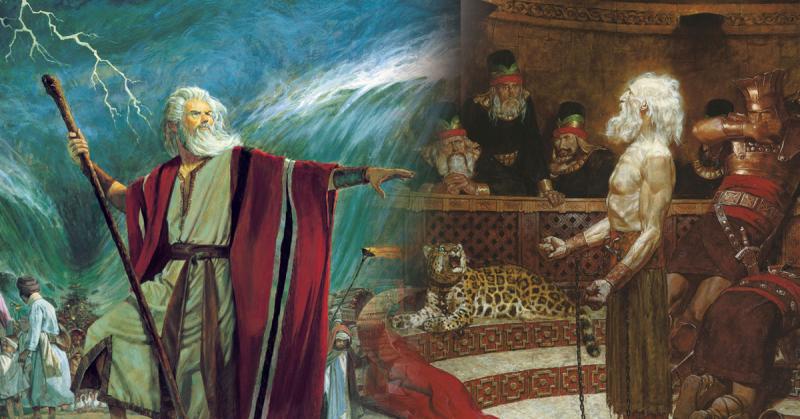 The story of Abinadi and the story of the Exodus are remarkably similar. From reciting the Ten Commandments, to faces shining with the power of God, Abinadi and Moses have a lot in common. These similarities can help us recognize God’s loyalty to His covenants, and can even help us learn about the Atonement of Jesus Christ.

1. Abinadi as a type of Moses

As mentioned above, Abinadi’s story imitates the saga of the Exodus in striking ways. First, Abinadi recalled the tragic events of the Exodus by prophesying that all the people would be brought into bondage. He proclaimed that the Lord would curse them with seven plagues unless they repented. (burdens, famine, pestilence, hail, east wind, insects, utter destruction; see Mosiah 12:4–8).

When Abinadi was imprisoned and bound before King Noah, he declared to the entire court the Ten Commandments with the power and authority of the great Old Testament prophet Moses. As he declared God’s law, Abinadi’s face “shone with exceeding luster, even as Moses’ did while in the mount of Sinai, while speaking with the Lord” (Mosiah 13:5). Then finally, in Mosiah 16 after Abinadi declared God’s word, with the power of the priesthood he “stretched forth his hand,” just as Moses stretched forth his hand to part the Red Sea.

There are many more parallels between Moses and Abinadi, and they can teach us about the Lord’s loyalty to His covenant people. Even when we fall away from God’s light, there is always hope. Through faith in the Lord, the ancient Israelites were delivered from their bondage. While the Nephites in this story were wicked, they eventually humbled themselves and repented. The Lord heard their cries, was true to His covenant, and delivered them out of the bondage of the Lamanites. No matter how far off the path we are, the Lord can always deliver us when we turn to Him.

See more parallels in the chart at the end of this post.

Sara Riley, “‘Even as Moses’ Did’: The Use of the Exodus Narrative in Mosiah 11–18,” FairMormon presentation, 2018, online at fairmormon.org.

2. King Noah as a type of Pharaoh

The very beginning of Abinadi’s story starts with King Noah asking the question, “Who is Abinadi, that I and my people should be judged of him, or who is the Lord, that shall bring upon my people such great affliction?” (Mosiah 11:27). This is a striking echo of the pharaoh declaring in Exodus 5:2, “Who is the Lord, that I should obey his voice to let Israel go?”

Both King Noah and the Pharaoh in Exodus are oppressive, wicked kings who refuse to hearken to the message of the Lord. Neither king followed in the steps of their more righteous predecessors (Mosiah 11:1; Exodus 1:8). Both rulers caused the people to work on their extensive building project for them (Mosiah 11:6; Exodus 1:11). They are paranoid that the people will rise up in rebellion against them (Mosiah 18:33; Exodus 1:10). And finally, both rulers harden their hearts against the Lord (Mosiah 11:29; Exodus 9:12).

These similarities could go on, and they illustrate that history often repeats itself. Patterns of wickedness can be found in many leaders of history, and in leaders of today. We should always be careful and diligent in electing righteous leaders to protect the liberties and rights of all people.

Sara Riley, “‘Even as Moses’ Did’: The Use of the Exodus Narrative in Mosiah 11–18,” FairMormon presentation, 2018, online at fairmormon.org.

Abinadi’s setting even alluded to the Exodus, since there is evidence that Abinadi may have been prophesying during the Israelite festival of Pentecost, or Shavuot. This Israelite festival occurred fifty days after Passover, and commemorated Moses receiving the Law of Moses on Mount Sinai. The people would gather to the temple and celebrate their deliverance from bondage in Egypt.

Abinadi used this occasion to his advantage by preaching repentance to the people, while drawing on the themes of this celebration. Abinadi recited the Ten Commandments to King Noah and his court, just as Moses gave the Ten Commandments to the Israelites. The festival of Pentecost was three days long (see Exodus 19:11), which may explain why Abinadi’s trial was postponed for three days. Abinadi also drew on Psalms 50 and 81, which were likely sung during Pentecost.

Abinadi’s preaching at Pentecost allowed him to reach a lot of people at once, and highlighted the irony of the Nephite situation. While they were celebrating the Law of Moses and God’s favor, Abinadi declared that God would curse them for their wickedness, and that they did not live the Law of Moses the way they should.

4. Abinadi and Moses and types of Christ

Perhaps the most moving parallel from the Abinadi story is how Abinadi, like Moses, is a type of Christ. Abinadi, perhaps more than any other Book of Mormon prophet, could personally relate to Christ’s mission and suffering.

When the priests of King Noah questioned Abinadi on the meaning of Isaiah, Abinadi recited from memory Isaiah 53, which contains stirring and poignant prophecies that can be likened to Jesus Christ’s suffering.

Both Abinadi and Jesus Christ would experience similar trials, as Isaiah prophesied. They would both be despised and rejected of men, a man of sorrows, acquainted with grief, stricken, smitten of God, and afflicted. They would both be wounded for people’s transgressions, brought as a lamb to the slaughter and cut off out of the land of the living.

Abinadi might have been consoled in the knowledge that though he suffered rejection and persecution, the Savior would descend below all things. Not only that, Abinadi’s suffering brought redemption for generations after him. Because Abinadi was martyred, Alma the Elder recorded his message and spread the gospel to hundreds of Nephites. We owe a debt of gratitude to Alma for preserving Abinadi’s tragic experience so that we can experience true conversion. One might even say that by Abinadi’s wounds, we are healed by the gospel of Jesus Christ.

Appendix: Chart of Parallels between the Exodus and the Abinadi narrative 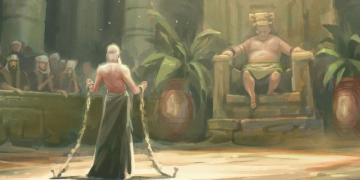 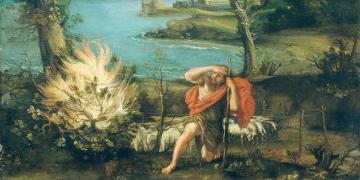 Why Does the Book of Mosiah Refer to the Exodus Narrative?
May 16, 2019 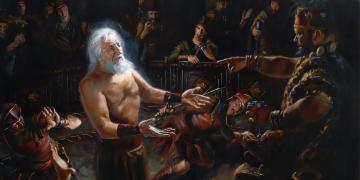 Did Abinadi Prophesy During Pentecost?
May 2, 2016 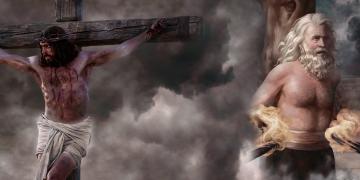 Why Did Abinadi Talk About the Suffering Messiah?
May 3, 2016